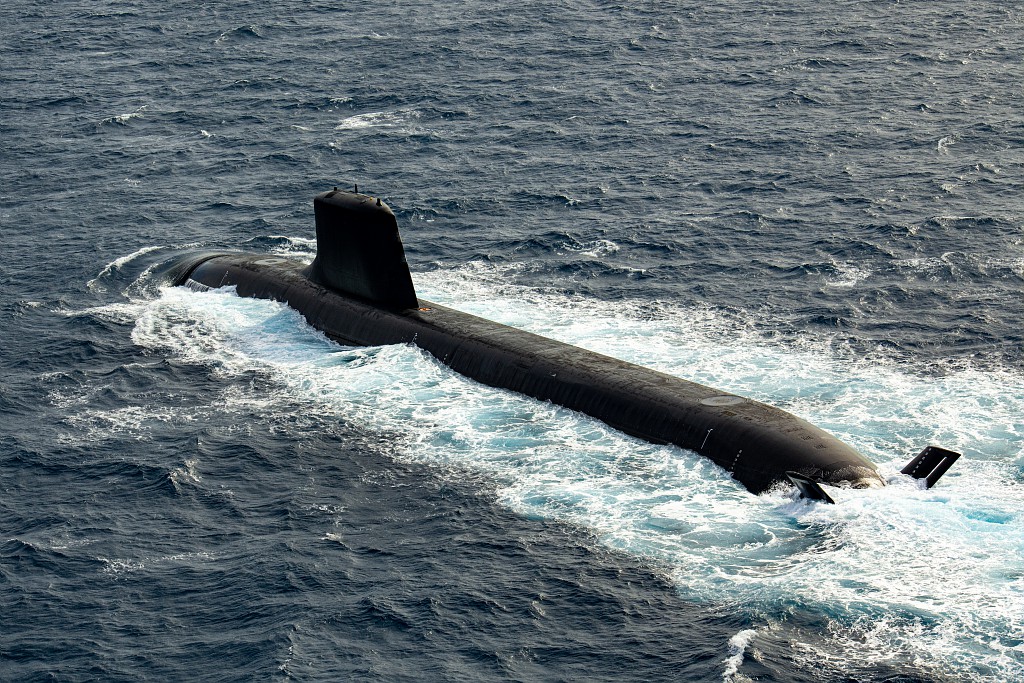 Intended for the French Navy, the Suffren is the first in a series of six SSN that will gradually replace the submarines of the Rubis-class. The delivery of the Suffren took place in the presence of a small number of high-ranking personalities, due to the health crisis.

The delivery of the Suffren is a major milestone for the Barracuda program, backbone of the French submarine forces into the 2060s.

Launched in 1998 by the French Defense Procurement Agency (DGA), the Barracuda program renews the submarine component of the French nuclear deterrence capability consisting of six Rubis-class submarines that entered service in the early 1980s. The associated development contract was notified at the end of 2006. More than ten years of studies were required to define a submarine that meets the French Navy’s operational requirements. This first delivery is the beginning of a phase leading to the qualification of this new class.

The delivery of the six submarines will take place over a decade. With a lifespan of more than 30 years, the Suffren-class submarines will be the backbone of the French submarine forces until at least 2060, making it one of the major weapon systems of this century.

Pierre Eric Pommellet, CEO Naval Group, declared: “What a long way Naval Group has come with its industrial and governmental partners since the first metal sheet was cut on December 10, 2007, less than a year after the DGA had signed the acquisition contract. The industrial challenges have been numerous. I salute the commitment of Naval Group’s design and production teams, of TechnicAtome – the prime contractor for the onboard nuclear boiler room – as well as those of the DGA, the CEA and the French Navy. Hundreds of French companies – both large and small, at the forefront of which Naval Group stands, have been and continue to be mobilized for the construction of this program.”

“This initial success can only strengthen our collective commitment to deliver the next unit of the Barracuda series, the Duguay-Trouin, in 2022, followed by the other four submarines by the end of the decade,” he added.

The construction of the following Barracuda submarines continues at Naval Group in collaboration with our partners and mobilizes a wide range of exceptional know-how in the most advanced technologies.Among these, the very special steels, underwater acoustics performances, and the weapon systems make the SSN Barracuda one of the most efficient submarines in the world.

The Barracuda submarines, with their navigation and communication means and their centralized and automated control are also more maneuverable and mobile. Another major innovation is the optronic mast, which replaces the telescopic mast, ensuring better collection of visual information and better sharing of this information among the crew. This new feature, combined with advanced detection capabilities, guarantees the superiority of Barracuda submarines in their intelligence missions.

The Barracuda series also offers the French Navy a real combat superiority with, for the first time, a deep strike capability thanks to MBDA naval cruise missiles (NCM). They can also use the Naval Group new Naval Group heavy torpedo F21 as well as MBDA SM39 missiles. The Barracuda submarines also enable the discreet and enhanced deployment of Special Forces.

This technological and capability leap is the result of more than twenty years of collective work between Naval Group and hundreds of partners of the European defense industrial and technological base. A total of 2,500 men and women (including around 800 from Naval Group subcontractors) are contributing to the design and production of the Barracuda submarines.

All Naval Group sites are currently mobilized for the next five Barracuda submarines. The second of the Barracuda series, the Duguay-Trouin, whose sections will be fully joined by the end of this year, will be delivered in 2022. The third, the Tourville, is being integrated at the side of the Duguay-Trouin. At the Naval Group site in Nantes-Indret, the assembly of the propulsion system and of the nuclear boiler module of the fourth, the De Grasse, is also underway. Finally, Naval Group teams have begun forming the first elements of the hulls of the fifth and sixth submarines, the Rubis and the Casabianca, as well as elements of their nuclear boiler modules.

The infrastructures at the Toulon naval base have been modernized to accommodate this new generation of submarines: “We are ready and very proud to work on the through-life support of the Suffren in Toulon,” said Vincent Vimont, Director of the SSN Operational Maintenance Program at Naval Group.

The project started with definition studies in 2014 and mobilized around 200 people from Naval Group and from 15 subcontractors. Two other basins will also be modernized in the coming years. The teams at the Naval Group Toulon site, specialized in the through-life support of submarines, have been trained in the new technical specifications of the submarine and in the use of the new facilities. They are now qualified to carry out maintenance operations on the Suffren and her sisterships.

The trials of the Suffren have been successfully concluded and guarantee the French Navy’s technological superiority at sea.

“We managed to optimize the sea trials phase within a 6-month schedule, including 100 days at sea! By comparison, for the Rubis-class it was 15 months! This is the first time that a new vessel has been able to sail twice in a continuous one-month period during her sea trials phase. This demonstrated the submarine’s endurance to our client. To improve our work efficiency, we reduced the number of ashore trials and optimized sea trials,” said Philippe Nezondet, Head of Suffren trials at Naval Group.

The sea trials conducted by the DGA as the ship is manned by the French Navy aim at proofing the Suffren capacities and the conformity to the ship specifications in order to qualify the Barracuda submarines. These sea trials represent an intense validation phase for a nuclear submarine’s on-board installations. The operations conducted progressively over several test campaigns have made it possible to ensure that the vessel is watertight underwater, that she can be properly maneuvered, but also to assess the performance of the combat system, tactical weapons and all the high-tech equipment on-board.

These tests were concluded with the firing of the SM39 missile on September 23, and of the naval cruise missile (NCM) on October 20. The NCM is a major advantage of the Barracuda submarines over their predecessors: French submarines will now be able to fire underwater and hit a land-based target several hundred kilometers away. This new capability guarantees the technological superiority of French Navy ships.

Technical characteristics of the Suffren-class SSN: