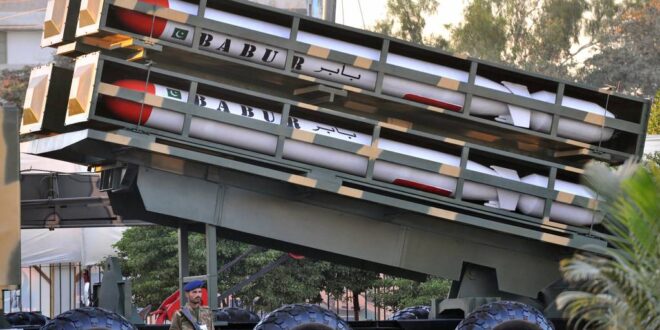 Pakistan today conducted a successful test of an enhanced range version of the indigenously developed Babur 1B Cruise Missile.

Babur 1B Cruise Missile is capable of engaging targets at Land and Sea with high precision. The missile was launched from a state of the art Multi Tube Missile Launch Vehicle.

According to the military’s media wing, Director General of Strategic Plans Division (SPD) Lieutenant General Nadeem Zaki Manj congratulated the scientists and engineers on achieving excellence in the domain of cruise missile technology. He also expressed his full confidence that this test would further strengthen Pakistan’s strategic deterrence.

Earlier version of Babur 1B has a range of 700 kilometers, but this time ISPR don’t reveal exact range of Babur 1B cruise missile.

In March this year, the army conducted a successful test launch of the Shaheen 1-A medium-range ballistic missile. According to ISPR, “The missile spanned a range of 900 kilometers and the test flight was aimed at the re-validating of various design and technical parameters of the weapon system, including an advanced navigation system.”