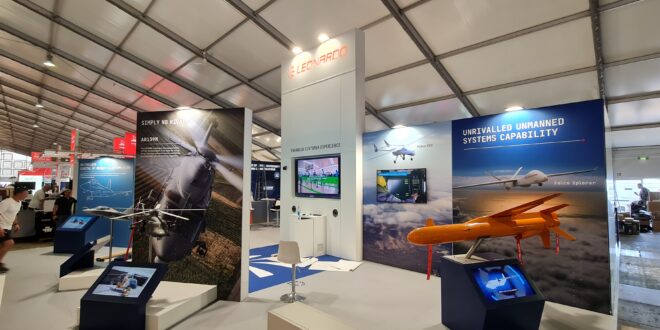 At a moment when European Defence is again central to international debate, Leonardo (Hall 3 – 475) is attending the ILA Berlin Airshow (22-26 June) to highlight how advanced technology can play a key role in the security of nations and their citizens. The company will also be promoting its innovative digital aerospace solutions and demonstrating how the company can play a role in the sector’s economic and environmental sustainability.

Leonardo invests almost 13% of its annual revenue in research and development to enhance its enabling technologies, such as high resolution infrared detectors or the underpinning elements of multifunctional AESA radars, as well as developing new products and innovative solutions across domains.

Through the so-called Leonardo Labs, a network of laboratories dedicated to the development of frontier and breakthrough technologies for the digital world, the company, in collaboration with more than 90 universities and research centers in the world, is developing its skills and capabilities in many fields including Artificial Intelligence, Future Aircraft Technologies and Electronics Sensing, Future Rotorcraft Technologies, Quantum Technologies.

Thanks to the acquisition of the 25.1% of the shares in Hensoldt AG, Leonardo has established a strategic long term partnership with the leading German Defence Electronics company, which will allow to develop cooperation and pursue joint opportunities in the field of sensors, data management and robotics, establishing the two companies as leading players in the European market of defence electronics. In this sector, Leonardo presents at ILA its Electronics Warfare products for the protection of air platform including Miysis DIRCM (Directed InfraRed CounterMeasure), MAIR missile warning system and BriteCloud countermeasure.

Leonardo is the only company in Europe which can offer the full range of uncrewed solutions for civil and military customers, including providing security for a customer’s airspace. As member of leading international uncrewed programmes such as EuroDrone, Leonardo’s portfolio includes fixed-wing and rotary-wing platforms, sensors, mission and ground control systems, drone navigation and traffic management, Counter-UAS and training services. In Berlin, Leonardo will be highlighting its Falco EVO uncrewed airborne surveillance system as well as the Mirach 40 (M-40) target drone. Developed in-house by Leonardo, the M-40 is a readily exportable solution that supports armed forces training by convincingly mimicking a variety of aircraft and missiles including radar, infrared (IR) and visual threats.

In combat air training, the International Flight Training School (IFTS), a partnership between Italian Air Force and Leonardo, recently awarded the first Phase IV (Advanced/Lead-In to Fighter Training) diploma to two pilots of the Luftwaffe, the German Air Force, following their completion of nine months training. The IFTS, based on Leonardo’s M-346 advanced jet trainer, represents an international centre of excellence, with the aim of training pilots to operate the latest generation fighters, providing them with the technical and procedural skills necessary for deployment in modern, increasingly complex operational scenarios.

Also in German combat air, the country’s decision to purchase 38 brand-new Eurofighter Typhoon aircraft represents a clear commitment to Europe’s defence industry and its largest collaborative industrial project. A number of upcoming technological and programme development opportunities that will ensure that the Typhoon continues to play a leading role within customer air forces as they move into the future. By successfully delivering operational advantage through continued capability developments, Eurofighter will be as vital to Europe’s defence in the future as it is today.

for law enforcement and versatile public service operations in Europe and worldwide, including homeland security and special ops, SAR/MEDEVAC, surveillance and firefighting.

Telespazio (a joint venture between Leonardo, 67%, and Thales, 33%), through its subsidiary Telespazio Germany, will also be present at ILA. The company will showcase its innovative solutions in ground segments for space missions. These include the EASE suite and its latest training and simulation offerings for the defence and aviation sectors. 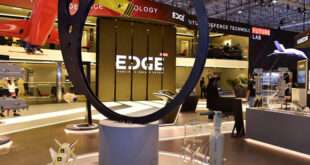 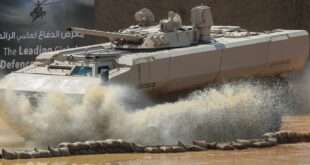 Under the patronage of HH Sheikh Mohamed bin Zayed Al Nahyan, President of the UAE, ADNEC …