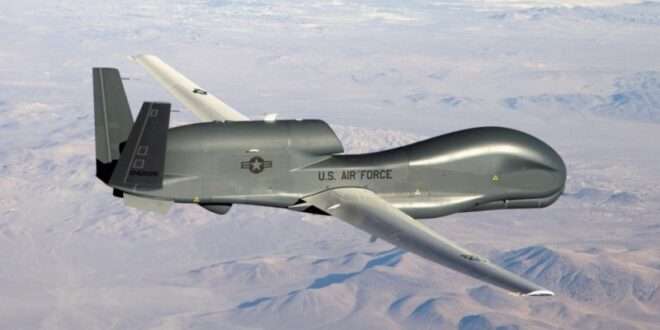 In support of the SkyRange initiative, Block 20 and 30 RQ-4B Global Hawk aircraft are being transferred to TRMC to be reconfigured into RangeHawks. The conversion will integrate advanced payloads to equip the aircraft with the capability to support the testing of hypersonic vehicles and other long-range weapons. RangeHawks provide over-the-horizon altitude, endurance and flexibility, which are critical for collecting telemetry and other data to monitor the vehicle during flight tests. Increasing the capacity of hypersonic vehicle testing furthers research and development necessary to remain competitive in the global landscape.

“Our RQ-4 RangeHawks will support the emerging class of hypersonic weapons and provide a combination of range, endurance and payload capacity,” said Jane Bishop, vice president and general manager, global surveillance, Northrop Grumman. “These aircraft will continue their role in vital national security missions while enabling us to bring premier aircraft design, modification, operations and sustainment work to the Grand Forks community.”

While previous testing relied on ship-based sensors, RangeHawks can perform such missions with fewer assets, reducing cost and complexity. RangeHawks are equipped with sensors to demonstrate an alternative data-collection support system to test hypersonic systems, and have participated in several hypersonic test events in the Pacific and elsewhere.

“SkyRange will enable the Department of Defense to accelerate our pace of testing hypersonic systems,” said George Rumford, acting director and principal deputy, TRMC. “Northrop Grumman’s RangeHawk is ideally suited to collect data by providing persistent time-on-station positioned closer to flight path and agility to adapt to the dynamics of a testing environment – a force multiplier as we evolve critical national security capabilities.”

Northrop Grumman is also managing operations and sustainment of the RQ-4A RangeHawk prototype fleet in partnership with NASA at Armstrong Flight Research Center at Edwards Air Force Base, along with integrating new payloads for the future RQ-4B RangeHawk fleet.

Northrop Grumman supports many systems critical to connecting each service across multiple domains while advancing aeronautics to help ensure defense forces stay ahead of adversaries. As a proven pioneer in autonomous systems, Northrop Grumman’s current and future platforms are revolutionary in deterring and engaging adversaries on the battlefield.

Northrop Grumman is a technology company, focused on global security and human discovery. Our pioneering solutions equip our customers with capabilities they need to connect, advance and protect the U.S. and its allies. Driven by a s