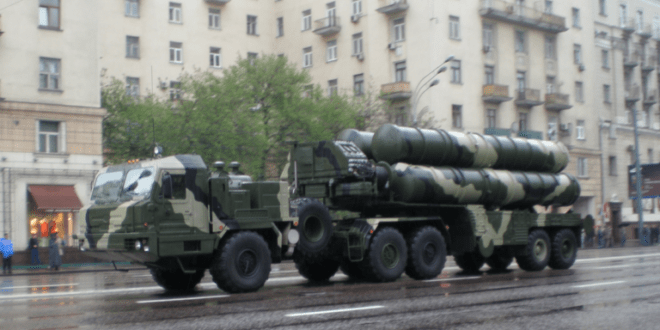 American President Trump calls Turkish President Erdogan “a friend.” Turkey is a NATO ally since 1952, and the Turkish Armed Forces is the second largest standing military force in NATO, after the United States. Yet, the Trump administration did not spare an effort to pressure and control the expanding military power of Turkey, through playing the sanctions card, every now and then. However, on the long run, those sanctions would hurt the United States way more than they would hurt Turkey or Russia.

On December 14th, 2020, the U.S. Department of State announced imposing sanctions on Turkey’s Presidency of Defense Industries (SSB) pursuant to Section 231 of the Countering America’s Adversaries Through Sanctions Act (CAATSA) for “knowingly engaging in a significant transaction with Rosoboronexport, Russia’s main arms export entity, by procuring the S-400 surface-to-air missile system.” The SSB is a civil agency, affiliated to the Turkish government, responsible for managing Turkey’s defense industry and the supply of military technology. The sanctions include a ban on all United States export licenses and authorizations to SSB “and an asset freeze and visa restrictions on Dr. Ismail Demir, SSB’s president, and other SSB officers.”

This is the second penalty that Turkey receives from the United States for the same deed. Because of Turkey’s procurement of the Russian S-400 system, the Trump administration officially removed Turkey from the F-35 fighter jet program, despite the fact that Turkey had been a partner in the F-35 program, since its very beginning in 1999. Moreover, CAATSA is not the first sanction to target the Turkish Armed Forces. In October 2019, the U.S. Department of the Treasury’s Office of Foreign Assets Control (OFAC) sanctioned Hulusi Akar, in his professional capacity as the Turkish Minister of Defense, for alleged Turkish military’s involvement in “escalating violence in Syria, endangering innocent civilians, and destabilizing the region.”

The U.S. State Secretary’s official statement on the issue, justified sanctioning Turkey by noting that Turkey’s purchase of the S-400 defense system “would endanger the security of U.S. military technology and personnel and provide substantial funds to Russia’s defense sector, as well as Russian access to the Turkish armed forces and defense industry.” Although this justification sounds legitimate, it is counterintuitive. It can hardly explain why Turkey is punished twice for the same move, or what are the benefits that the U.S. would gain by weaking its most significant strategic ally in the Middle East. Turkish Defense Minister, Hulusi Akar, was very accurate when he reacted by saying that “the U.S. did not only sanction Turkey but is also sanctioning NATO, as CAATSA will affect our work as a team.”

Pragmatically speaking, those sanctions are leading to U.S. loss on several levels. First of all is the loss of the opportunity to benefit from Turkey’s hands-on experience and knowledge of the Russian military technology compared to American technology. In more than one occasion, Hulusi Akar confirmed that Turkey is willing to discuss any technical issues related to the compatibility between the Russian S-400 defense system and the American F-35 and F-16 fighter jets. But his proposal had fallen on deaf ears in Washington, D.C. In the same logic, by imposing military-related sanctions, the U.S. is pushing the targeted country, in this case Turkey, to depend more on Russia and other European or Asian suppliers for military procurement. In business terms, this is called the foolish mistake of voluntarily diverting your loyal long-term customers to your competitors.

To further explain this point, take Egypt as a present-day case study. For the past four decades, Egypt depended, almost exclusively, on the United States for armament. A few months after the removal of the Muslim Brotherhood regime from power, in 2013, the U.S. administration of President Obama decided to freeze the military aid to Egypt, and thus put on hold its military procurement efforts. The aid freeze got lift in 2015, and then applied again in 2016 and then lift again in 2018. Eventually, Egypt found itself obliged to work actively on diversifying its sources of armament to avoid the consequences of U.S. morbid abuse of the military aid in applying political pressures. Today, Egypt’s military exporters and allies include Russia, China, Japan, Germany, France, and Italy. According to Stockholm International Peace Research Institute (SIPRI), Egypt occupies 3rd position among world’s 25 largest arms importers, in 2019.

Nevertheless, Turkey’s position is much better than Egypt’s and its options are more diverse, in regards to its ability to survive the U.S. sanctions and maneuver the instability in military-to-military relations with the United States. Since 1970s, Turkey has been working really hard on achieving self-sufficiency in the defense industry sector. Today, Turkey is ranked as the 14th largest global defense exporter, with a defense industry that grew to 11 billion dollars, in 2020, and defense exports that reached to 2.7 billion dollars, in 2019.

In 2019, Turkey’s highest exports of arms and ammunitions went to the U.S. with a share of 29%, followed by Qatar, Azerbaijan, Oman, Philippines, the United Kingdom, France, Italy, Ukraine, and Canada. In addition, before the 2020 year comes to a close, five companies affiliated to Turkey’s SSB signed contracts totaling 150 million dollars to export military equipment to Tunisia. In reverse, in 2019, the U.S. was labeled as the largest arms exporter to Turkey with 60% volume, followed by France, Spain, and the United Kingdom. Above all that, the American military operates two highly strategic air bases in Turkey, at Izmir and Incirlik. They are being operated by the US government, but under the regulation of Turkey as the hosting government.

In reality, the United States is sanctioning itself by sanctioning Turkey. Whether we like it or not, Turkey’s geopolitical influence on the Middle East and North Africa (MENA) region is growing faster than expected. By sanctioning Turkey’s defense industry, and forcing Turkey to lean more towards the Russia axis, the U.S. could be naïvely losing an indispensable regional partner and risking losing its own power and long-term presence in the MENA region. In the same time, imposing military-related sanctions on any country, simply, means pushing more funds and regional powers away from the U.S. and in the direction of U.S. historical rival Russia and modern-day rival China. The new U.S. administration of president Biden is not expected to reverse Trump’s CAATSA decision against Turkey, given Biden’s declared hatred towards Erdogan and his regime. But, Turkey’s Minister of Defense, Hulusi Akar, the leading warrior in this battle, has got several winning cards on his hands to avert the U.S. decision. The whole situation, now, depends on how clever Hulusi Akar could be in using those cards.

Dalia Ziada This year marks the tenth anniversary of the Arab Spring. A whole decade …