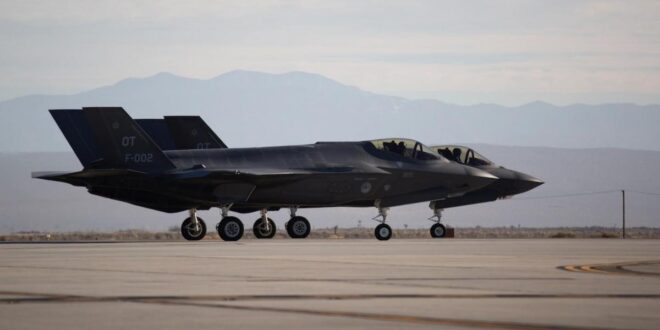 The Military Jet Between Turkey and the United States

The United States and Turkey have a long history of effective military cooperation that extends to at least seventy years. It started in 1952 when Turkey was admitted as a NATO ally, and solidified over the decades of US-Russia Cold War, especially in the 1970s. However, this lengthy strategic cooperation has not succeeded in blocking, or at least easing, the frequent tensions between the two strong-headed partners over disputing defense policies, especially in the geographically and politically complicated region of the Middle East. The current controversy over the U.S. Administration decline to sell the F-16 fighter jets to Turkey is the latest episode in this tug of war relationship between Washington and Ankara. This is not the first jet to stand between the two NATO allies, though, and will not be the last.

Turkey is desperately aspiring to upgrade its military aviation corps to keep up with the renewed armament race in its geographic milieu. Up till this moment, Turkey owns the strongest and largest air force in the Middle East and the eastern Mediterranean regions. According to Global Firepower index for the year 2021, Turkey is ranked the 9th strongest air power, worldwide. This is an advanced position if compared to most countries in the Middle East or Europe. However, it is still too distant from the three super powers – the United States, Russia, and China – which Turkey loves to challenge in their areas of control, in Eurasia, Africa, and the Middle East. Besides, Turkey’s best friend Pakistan and worst rival France are having better positions on the same index as number seven and eight respectively.

Nonetheless, the advantageous status that the Turkish air forces has enjoyed for decades over other countries in its surrounding, is now being shaken by the growing powers of other key countries in the region. Turkey’s huge air fleet consists of 1056 airplanes. However, the majority of the fleet (more than 40%) is indigenous transportation helicopters and attack helicopters, such as the benchmark T-129 ATAK, which Turkey has exported to several countries in Europe and Africa. Meanwhile, the number of advanced combat/interceptor fighters in the Turkish arsenal is hardly 206 pieces; most of them are the outdated Block 30 and Block 50 versions of the American F-16, in addition to a limited number of used F-20 jets.

That puts Turkey in a less advantageous position compared to its neighbors, in terms with air force strength. Look, for example, at the Egyptian air fleet of 1053 aircrafts, including F-16 Block 70 version, queued alongside the Russian-made Su-35 fighters and the French-made Rafale and Mirage. Ironically, Turkey used to manufacture the F-16 fighters that were provided to Egypt by the United States, in the 1990s. According to official information by Turkish Aerospace Industries, Inc. (TUSAS), Turkey had also manufactured and rejuvenated F-16 fighters for Jordan and Pakistan, in the past.

Even Greece, Turkey’s historical enemy in the eastern Mediterranean, has been ruthlessly sharpening its military teeth, especially in the air command, after the tough military frictions with Turkey in the summer of 2020. In the past few months, Greece has successfully procured F-16, Rafale, and Mirage fighter jets. Even more, in mid-October, the United States renewed its Mutual Defense Cooperation Agreement with Greece. The move is definitely expected to further enhance Greece’s military capabilities in the near future. “The two governments expressed the joint desire to assist each other in maintaining strong and capable militaries and increase their modernization and interoperability;” the US State Department statement on the issue clearly mentioned.

Above all that, Israel has already become the first country in the Middle East and the eastern Mediterranean to own the most advanced F-35 fighters. The United Arab Emirates (UAE) is about to obtain the F-35 fighters in the near future, after successfully overcoming a short lag and hesitation from the Biden Administration. On a side note, Turkey has a number of conflicts with Israel and UAE, for positions related to the Palestinian cause and the civil war in Libya, respectively. Yet, what makes it even more aching for Turkey is the fact that Turkey was supposed to be one of the first countries, in the world, to obtain the F-35 jets; only if relations went well with the United States.

Turkey had been a partner in the F-35 program, since its very beginning in 1999. In 2002, Turkey was selected to participate in the process of manufacturing and producing the F-35 fighters, given its history with manufacturing the F-16 fighters. In addition, Turkey has already paid a total of 1.400 billion dollars as a down payment for purchasing the F-35 fighters when released. However, in 2019, the United States decided to expel Turkey out of the program, in response to Turkey’s purchase of the Russian-made missile defense system (S-400). Then, in December 2020, the Trump Administration doubled the punishment by applying the Countering America’s Adversaries Through Sanctions Act (known as CAATSA sanctions) on Turkey.

Actually, the United States is not the only NATO ally to be offended by Turkey’s insistence on purchasing the Russian S-400 system. Following the NATO Ministers of Defense Meeting, in October, the Secretary General of NATO, Jens Stoltenberg, reiterated the NATO allies concern about Turkey’s insistence on keeping and using the S-400 system. “NATO Allies have many times underlined that. Defense procurements are national decisions.  What matters for NATO is that new capabilities are interoperable with NATO.  As I have stated before, the S-400 is a Russian system, and it is not something we can integrate into the integrated air and missile defense systems of NATO, and it is not interoperable with NATO defense systems;” noted Stoltenberg.

Over the past two years, Turkey has not spared an opportunity to persuade the United States to change its position regarding the F-35 fighters, in particular, and the issue of sanctions, in general. However, all Turkey’s efforts have been wasted at the deaf ears of the former Trump Administration and the stubborn nose of the new Biden Administration. Therefore, in the meeting between the American and Turkish presidents at the G-20 Summit, at the end of October, Turkish President Erdogan proposed using the 1.400 billion dollars that Turkey have already paid for the F-35 fighters to purchase new F-16 fighters, Block 70 version, and renovate the old aircrafts. The Turkish state have already submitted an official letter to the Biden Administration with this request. Up till this moment, Biden has not given a positive or negative response, despite Erdogan’s confirmation that the deal is done.

Also, the Turkish Minister of Defense, Hulusi Akar, told the press, after his meeting with the U.S. Defense Secretary, during NATO Ministers of Defense meeting, last month, that “Some technical work has been started for both the supply of Block 70 Viper F-16s and the modernization of some aircraft from our strategic ally and friend, the United States.”

The growing “jet disputes” between Washington and Ankara are not only impairing for Turkey, but also for the United States and for the overall military power of the NATO. Turkey is the second biggest military force in the NATO after the United States. Turkey has always been the most effective NATO ally in the most complicated areas of conflict. The important role that Turkey played in the extremely chaotic two weeks that followed U.S. withdrawal from Afghanistan, in August, is only one example that shows how important Turkey is for the NATO mission. In that sense, enhancing Turkey’s military strength is essential for guaranteeing the overall military strength of the NATO.

Moreover, the United States attempt to control Turkey’s growing military power, through declining its armament partnership proposals, are not serving the U.S. interests on the long run. In a tragic scenario, this stubborn American stance towards Turkey may eventually backfire by pushing Turkey to cooperate with U.S. rivals; Russia and China. That is not beneficial to the U.S. in a time when the world is losing its unipolar balance for Russia and China, which are swiftly expanding as ruthless military and economic competitors to the United States. In a recent media campaign, China promised that by the year 2035, its military technology will surpass U.S. technology. Over the past five years, more countries from the Middle East region, where the majority of international arms trade takes place, started to look for Russia and China as alternative resources for armament. For sure, the United States does not want to see Turkey, its most powerful strategic ally in the Middle East, following the same path.

While the United States needs to empathetically consider Turkey’s compromise proposals, it is about time for Turkey to find a creative solution for the S-400 crisis. President Erdogan’s fiery statements about purchasing more S-400 systems from Russia are completely wrong, in such context and timing. Minister of Defense Hulusi Akar mentioned, recently, that Turkey has an advanced defense industry capabilities that enabled Turkey to locally fulfil its armament needs by 80 per cent. Hence, what if Turkey announces that it will disassemble the S-400 system and then use its parts to build an indigenous defense system. This is going to be an expensive and exhausting process, for sure. But it is worth the sweat and investment. When accomplished successfully, that will not only solve Turkey’s problems with the U.S. and other NATO allies, but most importantly it will up level the reputation of Turkey in the defense industry sector and further enhance the Turkish military deterrence capabilities.