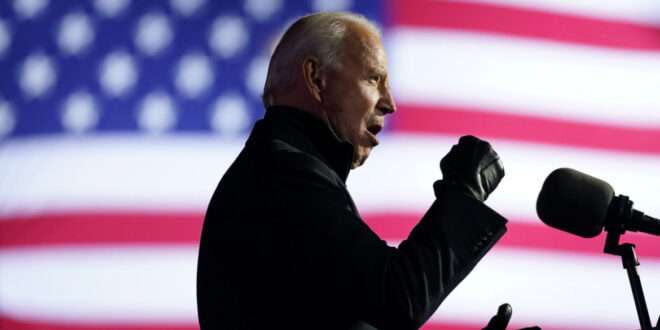 The dangerous U.S. policy of weakening Saudi and Emirati militaries while empowering Iran and its militia

It was clear from the early statements of Biden electoral campaign that his administration will not be as friendly to Arab Gulf States, Saudi Arabia and United Arab Emirates (UAE), as Trump Administration was. Most countries in the Middle East, excluding Iran, hoped for the re-election of Trump. The pragmatic ‘personal diplomacy’ approach of the Trump administration helped several countries in the region to become better off, in the past four years. That is not only true for Arab countries, but also, for non-Arab counties like Israel and Turkey.

In spite of that, the Biden administration decided to take the opposite path. The Middle East related decisions made by President Biden, on his first week in office, indicate that his administration is adopting a foreign policy that could be dangerous to the national security of most countries in the region. In his nomination hearing, U.S. Secretary of State Antony Blinken told the Senators that Biden “has made clear that we will end our support for the military campaign led by Saudi Arabia in Yemen. And I think we will work on that in very short order once the President-elect is President.”

Two days after the Biden administration’s decision to review arms sales contracts with Saudi Arabia and UAE, the Italians decided to follow the American lead. The Italian government revoked the authorizations for exporting missiles and aircraft bombs to Saudi Arabia and the UAE, and preventing the issuance of similar authorizations for exporting similar weapons to the mentioned two countries in the future. The revocation of this license, alone, will cancel the supply of over 12,700 bombs to Saudi Arabia. The Italian government justified the decision by eliminating the possibility of Italian weapons being used against civilians or contribute to worsening the already tragic humanitarian situation in Yemen.

The Houthis in Yemen is widely referred to as a proxy of Iran, which Qatar, reportedly, supports by funding and providing military equipment. The Houthis militia has been targeting Saudi Arabia’s border cities with missiles and drones, since the beginning of the war in Yemen in 2015. The most recent attack by Houthis on Saudi Arabia took place only three days before Biden’s inauguration. In November 2020, Houthis militia fired a missile at an oil distribution station in Jeddah affiliated to the Saudi Aramco oil company, causing massive damages.

Over the past ten years, since the eruption of Arab Spring revolutions and rise of terrorist groups, Saudi Arabia and UAE attempted to preserve their national security through improving their military capabilities, mostly through arms procurement and the integration of advanced technology. According to Global Firepower military ranking for 2021, Saudi Arabia and UAE are among the top six militaries of the Middle East. It is impressive how UAE evolved as one of the strongest military powers in the Middle East region, under the leadership of H.E. Sheikh Mohamed Bin Zayed, over the past two decades. No wonder, several military analysts call Emirates the Little Sparta, for its superior military competence compared to its relatively small population and geographic area.

If UAE completes the deal to purchase the F-35 fighter jets and the linked armed drones, the Emirati army will become the most militarily capable and technologically advanced army among all Middle Eastern countries. Currently, Israel is the only country that owns and operates the F-35 fighter jets in the Middle East. Even Turkey, which was a partner in the F-35 program since its start in 1999, cannot own the most superior jets, because it got expelled out of the F-35 program in 2019, in reprisal to purchasing S-400 defense system from Russia.

It is hard to grasp why the new U.S. administration is adopting such a policy that is weakening Saudi Arabia and UAE, especially in relation to their fast-growing military capabilities, while re-empowering Iran and its proxies and militias, which are wreaking havoc all over the Middle East region. Logic dictates otherwise! This dangerous policy is threatening the national security of America’s Arab allies as well as the national security of Israel, while endangering other economic and political American interests in the region. 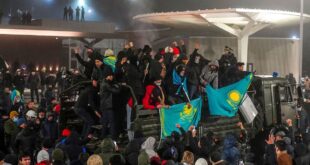 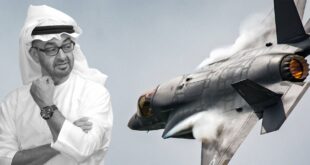