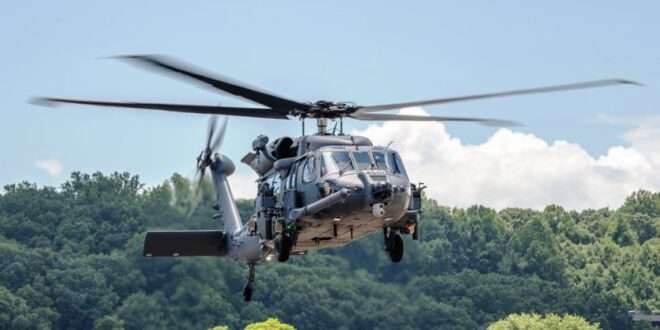 The U.S. Air Force declared Initial Operational Capability (IOC) for the HH-60W Jolly Green II Combat Rescue Helicopter, validating the platform’s operational readiness to forward deploy Air Force rescue crews around the globe. Sikorsky, a Lockheed Martin Company designed and manufactures the HH-60W, which enables the U.S. Air Force to conduct rescue missions at greater ranges and in the most challenging environments, and with increased survivability.

“This declaration is a vote of confidence from U.S. Air Force leadership and demonstrates the critical role of and need for the HH-60W,” said Nathalie Previte, vice president, Sikorsky Army & Air Force Systems. “Sikorsky is committed to continuing deliveries of the Department of Defense’s only dedicated combat search and rescue (CSAR) helicopter and to provide the most capable platform to rescue crews who depend on this aircraft day-in and day-out to conduct vital life-saving missions.”

The next generation helicopter provides enhanced survivability while recovering isolated personnel from hostile territory, day or night, in adverse weather, and in a full range of threat environments. It enables Air Force Combat Rescue Team to fulfill their mission “That Others May Live” and “Leave No One Behind”.

To date, Sikorsky has delivered 23 aircraft to the Air Force, including all EMD and Lot 1 aircraft.  Lot 2 deliveries, comprised of 12 aircraft, began in June of this year. Sikorsky has been awarded four production lots to date, most recent recently Lot 4 for 14 aircraft in February 2022. The contract for Lot 5 for an additional 10 or more aircraft is expected to be awarded by the Air Force in 2023.