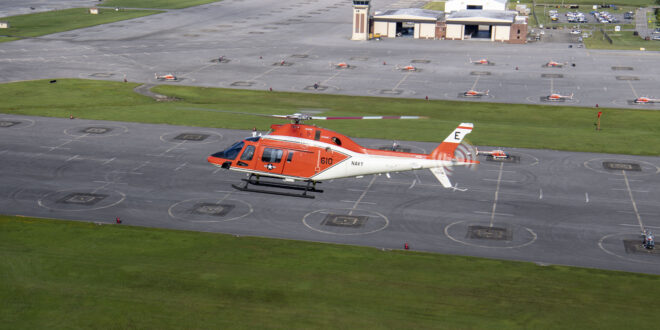 MILTON, Fla. (Aug. 6, 2021) The Navy’s first TH-73A Thrasher arrives at Naval Air Station Whiting Field in Milton Aug. 6, 2021. The TH-73A will be assigned to Training Air Wing 5 on base and will replace the TH-57B/C Sea Ranger as the undergraduate rotary and tilt-rotor helicopter trainer for the Navy, Marine Corps, and Coast Guard. (U.S. Navy photo by Mass Communication Specialist 2nd Class Jason Isaacs)

Leonardo, US Department of Defense confirms options for 36 TH-73A helicopters

“Leonardo welcomes the announcement of the US Department of Defense with satisfaction with which, as part of the program for the construction of the new advanced training system for the US Navy for which AgustaWestland Philadelphia Corp. is responsible, options are exercised for an additional 36 Th-73A helicopters, with relative spare parts, for a value of 159.4 million dollars “, Leonardo announced.

In January 2020 Leonardo, through AgustaWestland Philadelphia Corp., Leonardo was awarded a first contract valued at $ 176 million for the production and delivery of 32 Th-73A helicopters, along with an initial package of spare parts, support and dedicated equipment as well as training services for pilots and maintenance technicians.

In November 2020, options were exercised for an additional 36 helicopters worth $ 171 million. The additional 36 units covered by the newly announced contract bring the total number of helicopters ordered to date to 104. The overall requirement is 130 units. The helicopters will be built at the Leonardo plant in Philadelphia and used for the training of the next generation of pilots of the US Navy, the Marine Corps and the US Coast Guard.