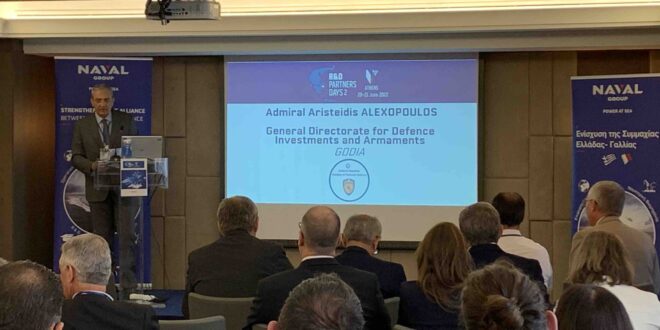 Naval Group is a major industrial partner of the Hellenic Navy and is further developing its R&D partnerships with Hellenic industry, academic and research institutes to support the development of the future Hellenic naval warfare capabilities.

Since the first edition of the R&D Partners Days in June 2021, Naval Group and its partners answered several European calls such as the Modular Multirole Patrol Corvette program to which it answered with six Hellenic companies: Terra Spatium, IDE, ISD, FEAC Engineering, Prisma Electronics and Hydrus.

Some Hellenic partners shared their experience on ongoing successful European programs such as USSPS (Unmanned Semi-fixed Sea Platforms for Maritime Surveillance), MIRICLE (Mine Risk Clearance for Europe) and PANDORA. A special focus has also been made on the cyber domain which is a major domain of cooperation for Naval Group.

The GDDIA (General Directorate for Defense Investments and Armaments) also presented their innovation policy. Exchanges on future cooperation in innovative domains followed, thanks to the support and coordination of SEKPY (association of Hellenic Defence Manufacturers) and HASDIG (Hellenic Aerospace Security & Defense Industries Group).