The International Flight Training School (IFTS), a partnership between the Italian Air Force and Leonardo in collaboration with CAE, awarded the first Phase IV (Advanced/Lead-In to Fighter Training) diploma to two pilots of the Luftwaffe, the German Air Force, further to the completion of their training.

The training activity took place over a course of nine months at the Galatina airport (Lecce, Southern Italy), home of the 61st Wing of the Italian Air Force, which is currently hosting the IFTS. The school is destined to reach its final base with the inauguration of a new campus in Decimomannu, Sardinia.

The IFTS project stems from the desire to bring together two national excellences: the skills in training military pilots from the Italian Air Force, strengthened through more than 75 years of experience at the Galatina flight school, with the advanced technological solutions of Leonardo, Italy’s leading industrial body in the field of aerospace and defence.

IFTS is a programme with a very high strategic value, allowing, once fully operational, the doubling of the current offer through the creation of a new training centre, which – for the military side – will remain under the single banner of the 61st Wing, distributed between the Galatina air base and that of Decimomannu, in Sardinia.

Thanks to highly experienced instructor pilots, both military and civilian, and the advanced integrated training system based on Leonardo’s M-346 aircraft (named T-346A by the Air Force), the IFTS represents an international centre of excellence, with the aim of training military pilots to operate the latest generation fighters, providing them with the technical and procedural skills necessary for deployment in modern, increasingly complex operational scenarios.

The new IFTS campus, currently under construction at the Decimomannu Air Force Base (Cagliari), has been designed around the training needs of future student pilots. An entire building will be dedicated to the Ground Based Training System (GBTS), comprising latest-generation simulation systems, which allow integrated training scenarios between simulated and real aircraft, thanks to Live Virtual Constructive (LVC) technology. In addition, logistic-maintenance infrastructures will be set up to manage the operation of the fleet of 22 M-346 aircraft in force at the IFTS, as well as logistic-receptive infrastructures to host trainees during training (accommodation, canteen, sports facilities). “Leonardo CAE Advanced Jet Training”, a company born from the partnership between Leonardo and CAE, will provide the maintenance and logistical support of the fleet of M-346 aircraft and simulators.

During the Phase IV course (Advanced/Lead-In to Fighter Training), participants also have the opportunity to train in real-life shooting scenarios in dedicated training areas, enabling the ability to test on the field the skills acquired.

Today, in addition to Germany, other countries have also chosen IFTS for the advanced training of their pilots, confirming the interest paid to the Italian training system, a unique trainer on the international scene. 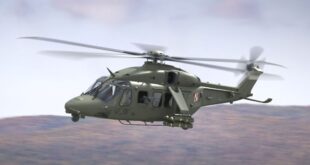 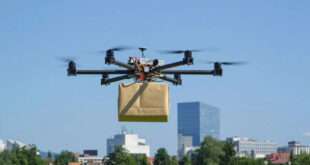 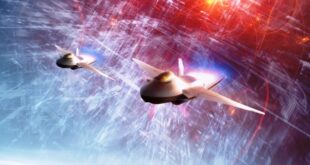