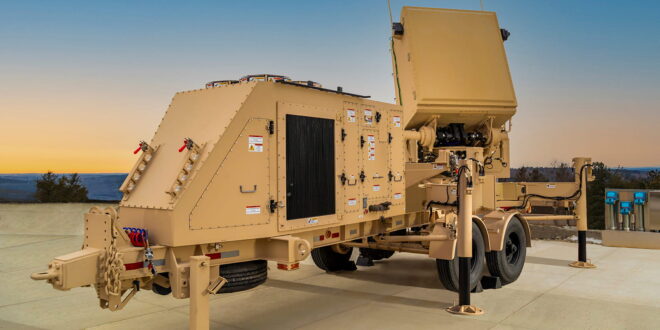 In air and missile defense, the threat is diverse and ever‐changing.

“Today’s battlefield moves at a very rapid pace, and it’s riddled with a large portfolio of threats,” said Joe DeAntona, a retired U.S. Army colonel who is now vice president for Land Warfare and Air Defense requirements and capabilities at Raytheon Missiles & Defense. “Informed decisions must be made in seconds – not minutes or hours.”

Modern missile defense is about more than speed, said DeAntona, who was an air and missile defender for more than 30 years. He added that militaries also require radars that see in 360 degrees and can search, track, discriminate and cue interceptors against multiple types of threats.

Integrates with a proven system

This medium‐range air defense solution, made in partnership with Kongsberg Defence & Aerospace, has been operational for more than three decades and is currently used by the U.S. and 11 allied nations. The widespread adoption of NASAMS “indicates the highest level of confidence by a global customer base,” DeAntona said.

GhostEye MR “integrates with NASAMS and absolutely takes that system to the next level,” said Lindsay Viana, director of ground‐based air defense on RMD’s Requirements and Capabilities team.

“This radar expands the range and altitude that the proven NASAMS defends, dramatically increasing overall effectiveness of the air defense capability.” Viana said.

As a component of NASAMS, the sensor maximizes the range of that system’s effectors – including RMD’s Advanced Medium Range Air-to-Air Missile Extended Range variant, or AMRAAM‐ER – improving accuracy and performance.

“With the addition of GhostEye MR, we extend battlespace coverage to the full kinematic envelope, or reachable area, of the AMRAAM‐ER effector,” Viana said.

As the latest product in RMD’s GhostEye family of radars, the medium‐range sensor leverages commonality with the Lower Tier Air and Missile Defense Sensor, or LTAMDS, technology that the company is making for the U.S. Army.

“The architecture of our GhostEye family of radars is scalable and modular, enabling a wide range of missions,” DeAntona said, adding that “these advancements are now being applied to the GhostEye MR mission set. It’s all logistically streamlined, cost‐effective and easy to integrate.”

Raytheon Missiles & Defense adds and extends capabilities through secure software upgrades via “software‐defined aperture” digital technology – similar to that used in updating smartphones, though far more sophisticated. And, there’s no need to take the radar out of the field for these upgrades.

As sophisticated threats evolve, so too does NASAMS with GhostEye MR. The system’s open architecture allows technology adaptations and updates that empower it to counter adversaries in the ever‐expanding medium range.

Another advantage is its interoperability – the capability to communicate with other systems – for strengthening strategic agility and flexibility.

“That is crucial, and NASAMS has it,” said DeAntona. “NASAMS meets all NATO requirements for interoperability. It can communicate with other weapons systems on the NATO network – doing so in real time.”

Meanwhile, GhostEye MR is on an accelerated path toward integration in NASAMS. For instance, it is already approved to be part of that system’s fire direction‐and‐control loop. Raytheon Missiles & Defense employed a comprehensive digital design environment spanning the radar’s physical and functional characteristics as well as modeling and simulation to assess its effective performance in a variety of mission scenarios.

The sensor is currently undergoing open‐air testing and multi‐mission demonstrations. The data collected through these events is being used to enhance the fidelity of the digital design models.

“When GhostEye MR searches for something,” DeAntona said, “it does so with such fidelity, such accuracy, that it can provide the effector the real time information it needs to take action.” 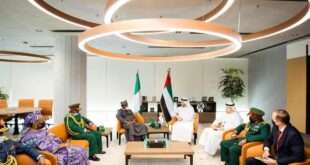 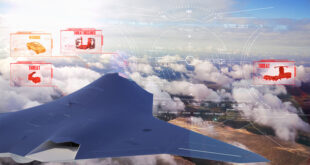 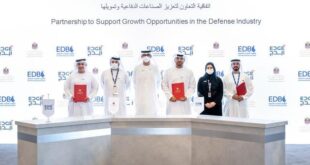 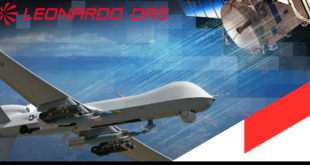 Leonardo announced today that its US subsidiary Leonardo DRS and RADA Electronic Industries Ltd. have …