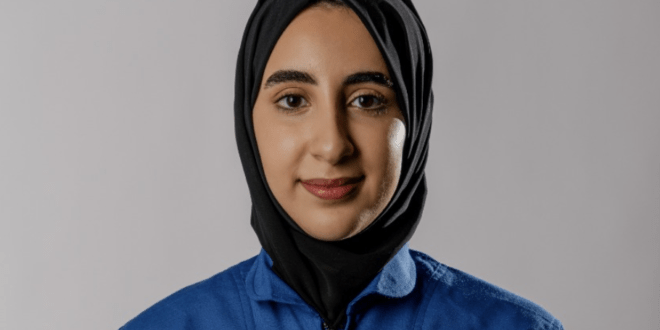 H.H. Sheikh Mohammed bin Rashid Al Maktoum, Vice President and Prime Minister of the UAE and Ruler of Dubai, announced the names of the two new Emirati astronauts who will form the second batch of the UAE Astronaut Program, and further revealed that it includes the first female Arab astronaut.

H.H. Sheikh Mohammed bin Rashid Al Maktoum, Vice President and Prime Minister of the UAE and Ruler of Dubai, announced the names of the two new Emirati astronauts who will form the second batch of the UAE Astronaut Program, and further revealed that it includes the first female Arab astronaut.

“Today we announce two new Emirati astronauts, among them the first female Arab astronaut – Nora AlMatrooshi and Mohammed Al Mulla. They were selected from more than 4,000 applicants and their training will soon begin for international space flights. We congratulate the country on them. We congratulate them and count on them to raise the name of the UAE ever higher in space,” Sheikh Mohammed said

The two new astronauts join astronauts Hazzaa AlMansoori and Sultan AlNeyadi to form a team of four under the UAE Astronaut Program, serving the strategy of the Mohammed Bin Rashid Space Centre (MBRSC) base on achieving the vision of the wise leadership of the UAE and make it one of the leading nations in the field through the National Space Program, Emirates news agency WAM reported.

The second batch of the UAE Astronaut Program includes the first Arab woman astronaut, Nora AlMatrooshi, who obtained a bachelor’s degree in Mechanical Engineering from the UAE University in 2015 and has years of experience in the field of engineering. AlMatrooshi excelled in engineering and mathematics during her academic years, placing first in the UAE for the 2011 International Mathematical Olympiad and representing the UAE in the Youth Conference at the United Nations in the summer of 2018 and winter of 2019.

The other astronaut in the second batch of the UAE Astronaut Program is Mohammed Al Mulla, who, at the age of 19, obtained a commercial pilot’s license from the Australian Civil Aviation Authority to become the youngest pilot in Dubai Police. He then set another record, becoming the youngest trainer in the same organisation at 28 years, after getting his pilot trainer license from General Civil Aviation Authority (GCAA). While pursuing his career he obtained a bachelor’s degree in Law and Economics in 2015 and an Executive Master of Public Administration from the Mohammed Bin Rashid School of Government in 2021.

Al Mulla is currently the Head of Training Department of the Air Wing Centre at Dubai Police. He has received the Bravery Medal from H.H. Sheikh Mohammed bin Rashid Al Maktoum and the Commander in Chief Award for the Best Officer in a Specialised Field, in addition to the Dubai Police Global Excellence Award.

The future missions for Emirati Astronauts will provide the scientific and global community with new scientific knowledge and will support the advancement of the space industry in the Arab world and contribute to making a better future for humanity.

The announcement of the second batch of astronauts is a testimony of the progressive vision of the leadership towards building a knowledge-based economy in a smart community founded by the pillars of technological innovation and scientific research. This defines the journey towards UAE Centennial 2071.

The national space sector recorded investments of more than AED22 billion (US$6 billion) over the past few years with the selection of astronauts to empower national cadres being an integral project leading this sector.

The two new astronauts will join the “2021 NASA Astronaut Candidate Class”, as part of a joint strategic agreement between the UAE and the United States, to train them at NASA’s Johnson Space Center.

The Mohammed Bin Rashid Space Centre opened registrations for the second batch of the UAE Astronaut Program in December 2019, for all UAE Nationals who were 18 years old and above, proficient in Arabic and English, and university graduates. The program is designed to prepare and train Emiratis to travel to space for various scientific missions.

Hazzaa AlMansoori and Sultan AlNeyadi were the astronauts selected in the first batch of the UAE Astronaut Program. AlMansoori’s eight-day mission to the International Space Station, which took place from 25th September to 3rd October in 2020, saw 30 scientific experiments being conducted.

The UAE Astronaut Program is one of the projects managed by the UAE’s National Space Program and funded by the ICT Fund of the Telecommunications Regulatory Authority (TRA), which aims to support research and development in the ICT sector in the UAE and promote the country’s integration on the global stage.