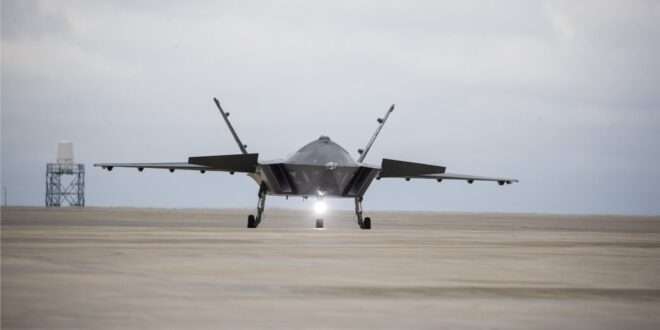 Selçuk Bayraktar was speaking on the features of Kizilelma, Türkiye’s first indigenously developed and produced unmanned fighter aircraft, during a broadcast.

Kizilelma will be able to fight against warplanes, Bayraktar said, besides, its cruising time is several times longer compared to Baykar’s latest drone, the Akinci unmanned combat aerial vehicle (UCAV), he said.

“We even plan to make a supersonic variant,” Bayraktar noted.

‘New Baykar story’
Bayraktar further said that following Kizilelma, they are to start their space-related initiative and that they have goals to achieve for the next five to 10 years.

“Our aim is to develop a communication and global positioning system with low orbit constellations, as well as to develop orbital transfer vehicles,” he said.

Bayraktar said that they started the space initiative about six months ago and that “a new Baykar story will emerge from there.”