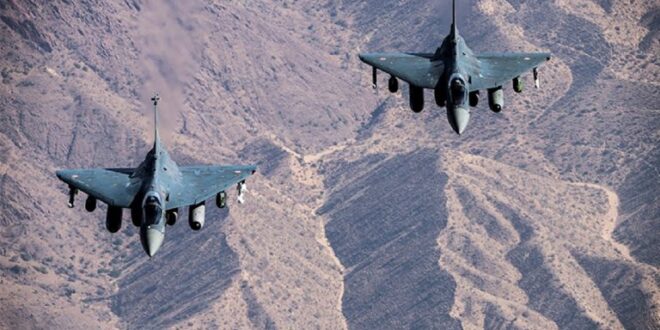 The sources confirmed the reports in Indian media that a series of high-level engagements have taken place with Egypt.

They added that the commander of the Egyptian Air Force is expected to visit India in a few days, where India will showcase its expertise in manufacturing and fleet maintenance. India’s Air Force Commander Marshal VR Chowdhury visited Egypt in November last year and attended the Air Force Symposium and Defense Exhibition in Cairo.

Currently, a 57-member Indian Air Force delegation has come to Egypt to participate in the Tactical Command Program at the Air Force School in Cairo.

The sources, who are familiar with the current negotiations, revealed to Daily News Egypt that the Egyptian Air Force needs approximately 70 light combat aircraft, with a focus on local production and technology transfer.

Egypt currently operates a mixed fleet of American, French, and Russian aircraft, and has been keen to establish aviation manufacturing facilities.

Besides offering the Tejas Mk1A Light Aircraft (LCA) to Egypt, Hindustan Aeronautics Limited has also introduced its range of indigenous helicopters such as the Advanced Light Helicopter (ALH) and Light Combat Helicopters (LCH).

According to India’s Economic Times website, Tejas Mk1A Light Aircraft is priced at around $42m per unit, a price made possible after the Indian Air Force (IAF) placed an order for 83 Mk1A combat aircraft.

Reports have also indicated that India is the frontrunner for Malaysia’s requirements for light combat aircraft, with a comprehensive deal on the table including maintenance and spare parts for Russia’s Su-30 fighter jets.