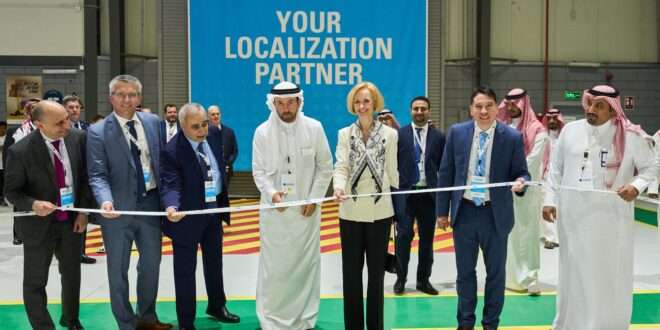 Zahid Industries today opened a dedicated factory in Jeddah for the local production of Prime Power Units (PPUs) used to power Raytheon’s AN/TPY-2 missile defense radar. This initiative is directly in line with the Kingdom’s defense sector strategy, which aims to realize the Kingdom’s ambitious targets for the sector of localizing more than 50-percent of expenditure on defense equipment and services by the year 2030.

The AN/TPY-2 is the world’s most advanced mobile radar that can detect, track, and discriminate ballistic missiles and is currently deployed worldwide.

“The opening of this facility today will enable Zahid Industries to implement world-class manufacturing capabilities, while developing and creating opportunities for a Saudi workforce to deliver an end-product that will be second to none in quality and reliability,” said Yousuf T. Zahid, a board member of Zahid Industries. “Zahid is keen to play a part in the Kingdom’s strategic partnerships with international partners, enhancing Saudi Arabia’s strategic autonomy and aiding in efforts to build a local defense industries sector. We look forward to working closely with Raytheon to contribute to achieving Vision 2030’s industrialization objectives.”

The factory opening marks a major milestone in a localization agreement signed in 2021 between the General Authority for Military Industries (GAMI) and Raytheon Saudi Arabia, a wholly owned subsidiary of leading global aerospace and defense company Raytheon Technologies. As part of the agreement, Zahid Industries was selected to manufacture the PPUs in the Kingdom and will now be a strategic supplier of PPUs for Raytheon’s AN/TPY-2 missile defense radar.

In 2019, Raytheon Saudi Arabia became the first company in the Kingdom to sign an Industrial Participation Agreement (IPA) with GAMI to localize a Patriot Deep Maintenance and Refurbishment (DMR) System contract for the Royal Saudi Air Defense Forces. The IPA accelerated the Kingdom’s goal of developing a self-sufficient military and security sector as part of Vision 2030.