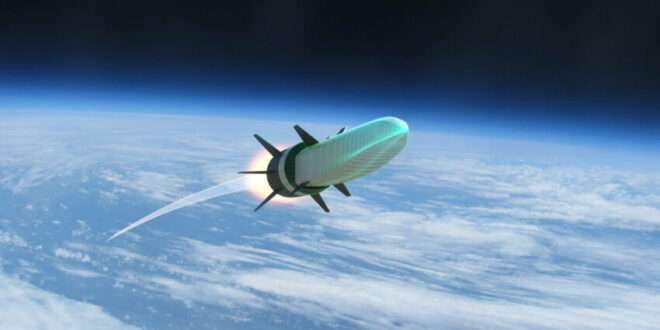 A hypersonic cruise missile co-developed by Raytheon Technologies has passed its second flight test in a row, an important milestone in the U.S. Department of Defense’s plan to field weapons that travel faster than five times the speed of sound.

The test, conducted in July 2022, featured a Hypersonic Air-breathing Weapon Concept, with minor improvements informed by its earlier successful test in September 2021. Its performance in the most recent test – it dropped from an aircraft and accelerated beyond Mach 5 – met the predictions of the company’s data models.

“Advancing our nation’s hypersonic capabilities is a critical national imperative, and this was an important step forward,” said Wes Kremer, President of Raytheon Missiles & Defense, a Raytheon Technologies business. “Having back-to-back successful flight tests gives us even greater confidence in the technical maturity of our HAWC operational prototype.”

The HAWC program is a joint effort of the U.S. Defense Advanced Research Projects Agency and U.S. Air Force.

The HAWC missile takes in oxygen around it for propulsion. Northrop Grumman designed its scramjet combustor and a portion of the flow path. The system represents one way Raytheon Technologies is teaming across industry to accelerate hypersonic advances, bringing proven tech together with cutting-edge developments in thermal management, propulsion and sensing.

Hypersonic weapons demand novel design solutions because their speed and maneuverability create challenging operating environments. To develop and validate the system quickly, the company has used digital engineering, specifically modeling and simulation, along with ground testing.

These digital models, based on real-world flight data, are being used to accurately predict and increase performance as the weapon concept matures.

As fidelity of models improve across industry, so does confidence that a correlation can be made between the two.

“It’s hard to recreate in the real world the most advanced threat scenarios, and that’s especially true in hypersonics. But we have the power to model a hypersonic flight regime,” Kremer said.

“Advances in artificial intelligence, machine learning and big data allow us to develop capabilities at scale in a way that wasn’t possible before,” Kremer said. “That’s the power of digital engineering.”

Coupled with creative partnering, digital engineering is helping Raytheon Technologies move advanced hypersonic capabilities out of laboratories into test environments and into the hands of warfighters at top speed.

The latest tests put the companies on track to deliver an operational prototype system to the U.S. Department of Defense.