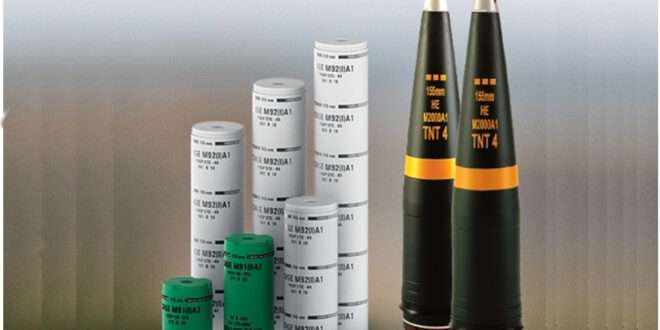 Rheinmetall has proven once again its compelling expertise in the world of indirect fire systems: a NATO customer has just placed an order with the Group’s South African subsidiary Rheinmetall Denel Munition to supply 155mm ammunition from its tried-and-tested Assegai product line. Awarded in July, the contract is worth a figure in the upper-two-digit million-euro range. Delivery will take place over the next two years.

The new order encompasses the complete 155mm Assegai ammunition system, including fuses, different projectile types such as high-explosive service rounds, and Assegai artillery propelling charges. The Assegai family of artillery ammunition can be fired from any NATO STANAG-compatible artillery system, including the PzH 2000 self-propelled howitzer.

“We’re known worldwide for our long-range Assegai indirect fire technology and are pleased to be able to welcome a new partner nation to the Assegai family”, says Jan-Patrick Helmsen, managing director of Rheinmetall Denel Munition.

“As a systems maker, we work constantly to improve our cutting-edge technologies so that we can provide our customers’ soldiers with the best-possible, most reliable solution.”

Back in 2019, Rheinmetall succeeded in setting a new maximum range record in South Africa with the Assegai family and other Group products like the new Topcharge. Thanks to the Assegai system approach – from fuse to projectile to propelling charges – long ranges were attained with various artillery systems. A non-NATO 155mm artillery gun with 52 calibre lengths and a 25-litre propelling charge chamber achieved a record range of 76 kilometres.

Rheinmetall Denel Munition is already working on other future artillery technologies. For example, the rocket motor in conventional 155mm Assegai projectiles is being improved. In addition to this, a new development is on the way that will boost the maximum range to over 155 kilometres.

Previous Nexter will deliver to the Ministry of the Armed Forces 18 additional CAESAR® for the French Army
Next Lockheed Martin’s 6th and Final SBIRS Missile Warning Satellite Successfully Launched, Now Under US Space Force Control