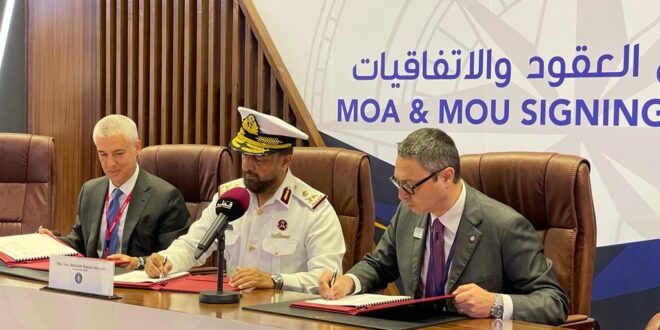 Leonardo will provide the Qatari Emiri Naval Forces (QENF) with a Naval Operation Centre (NOC) to ensure monitoring and control of territorial water, Exclusive Economic Zone (EEZ) and adjacent waters and, at the same time, to enhance cooperation with other national agencies in charge of maritime security. The Centre leverages on innovative systems and technologies as well as the full integration of air and maritime components. The announcement has been done today at DIMDEX, the flagship regional event for the international maritime defence and security, going on in Doha until March 23rd.

Under the agreement, the NOC will provide command, control and coordination of operations at sea allowing the Armed Force to carry out integrated monitoring by exploiting the high level of cooperation between all the sensors on the field. QENF will thus have a full integrated situational awareness to support all operational and tactical stakeholders’ decision making process and rapid interventions along the entire chain of command.

Leonardo is playing a key role in the protection of Qatar. Its presence in the Country dates back since almost 25 years. Maritime domain is a strong focus for the company, which is equipping, also as combat system integrator, the Navy’s new ships with its naval capabilities, ranging from turnkey combat management systems for all classes of military vessels, to naval defence systems.

This important success, which further strengthens the cooperation between the Armed Forces and the industry of the two countries, has been achieved thanks to the company’s consolidated experience in the design and development of systems capable of guaranteeing cooperation between all platforms – air, land naval, surface and submarine, manned and unmanned – under the supervision of operational centres, in order to enable effective mission planning.