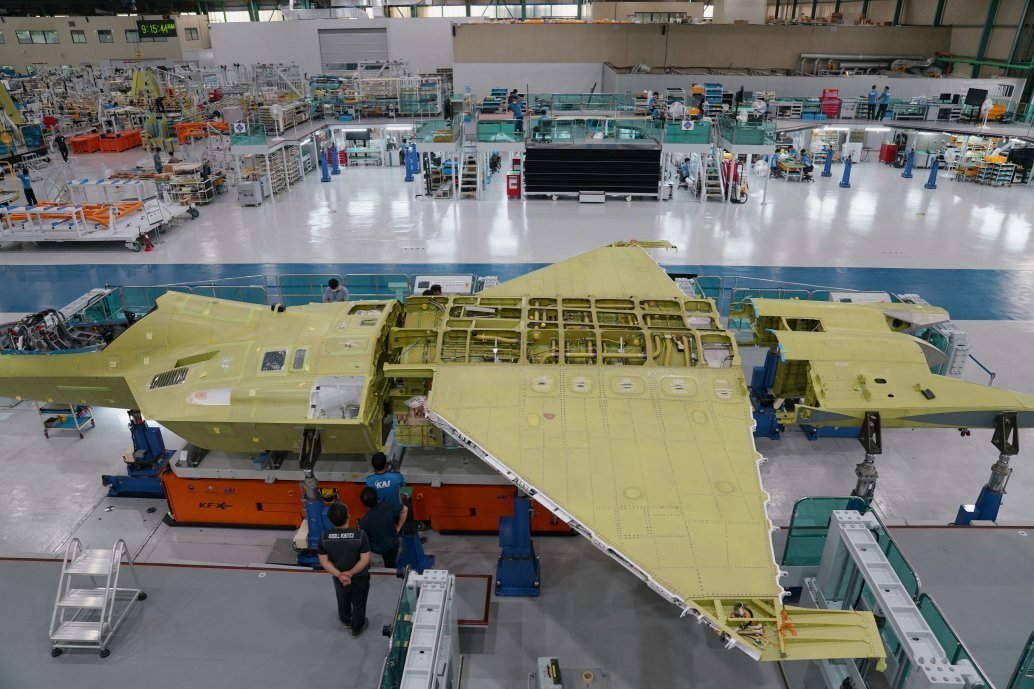 KAI has begun final assembly of the first KF-X prototype, which is expected to be rolled out in the first half 2021. (DAPA)

KAI Started the Final Assembly of the KF-X Prototype #1

This achievement is accomplished only in 4 years. KAI started system development from 2015 dec, went through PDR (Preliminary Design Review) in 2018, began the first detail part machining on February 2019 and passed the CDR (Critical Design Review) on September 2019.

KAI have fully committed to maximize its development efficiency not only through recruiting around 800 development engineers, but also expanding infrastructure with newly built plants only dedicated to each structure test, system test and composite machining.

KF-X is one of the most important national project to replace current air force fighters and to introduce the next generation fighter that can satisfy the future operation concept of force battlefield. Also, KAI is under localization of major avionics part for product improvement by domestic technology. Mission and flight control computer, equivalent to its brain, will be installed to KF-X for ground test and test flight after performance test this year.

KF-X will be completed by the first half year of 2021 and the first flight test is scheduled to be done in 2022. By 2026, system development is ended.

For deeper study and efficient development, 16 of universities, 11 of laboratories and 553 of suppliers are participated in KF-X project and 100 of additional development engineers will be hired by 2020.

KAI CEO said, “Thanks to great partnership and industry, university and institute collaboration, we could launch the final assembly in covid-19 crisis. There is no way other than success. We will succeed in KF-X and contribute to Korean aviation industry and national economy.”