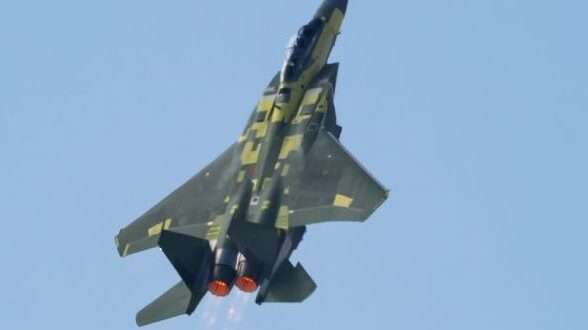 As noted by the company, U.S. AirForce test pilots take to the skies for the first time in the F-15EX advanced fighter aircraft.

“The recent flight paves the way for delivery,” said the aerospace giant.

The new F-15EX, commonly known as Strike Eagle on Steroids, is the latest version of the world-famous F-15 Eagle fighter jet. The new fighter would be equipped with better avionics and radars and would carry more than two dozen air-to-air missiles.

The F-15EX carries more weapons than any other fighter in its class and can launch hypersonic weapons up to 22 feet long and weighing up to 7,000 pounds.

Pilots and mechanics currently operating the F-15 anticipate transitioning to the F-15EX in a matter of days as opposed to years.

The Air Force placed its first order for the F-15EX in July 2020, awarding a contract for the first lot of eight jets with a value not to exceed about $1.2 billion. The entire program has a ceiling value of $23 billion.

Boeing says that future plans call for as many as 144 aircraft.