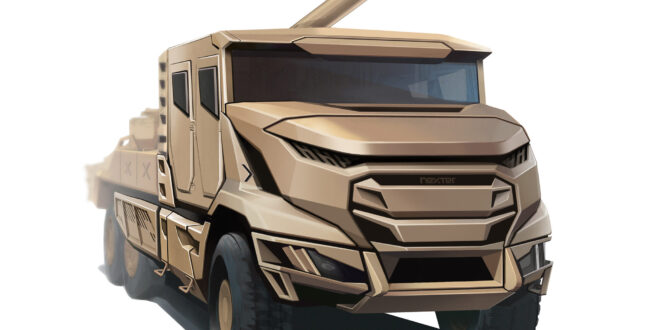 the Prime Minister, Mr. Jean CASTEX, announced the notification to Nexter Systems of the contract for the development of the new generation CAmion Equipped with an ARtillery System (CAESAR ©), also known as CAESAR © MK II. As a long-time supplier of tactical and logistical mobility to the armed forces, Arquus is delighted to have been selected by Nexter to supply the new rolling base for the CAESAR MK II. Already the designer of the mobility base for the French Army’s current generation Caesar, Arquus is very proud to continue this demanding partnership to provide the next generation mobility capabilities for the Army’s artillery units.

The selection of Arquus by Nexter Systems is a recognition of the company’s expertise in tactical mobility. It is also a recognition of the excellence of the current CAESAR © carrier, produced by Arquus from the start. World reference in mobility for a self-propelled gun, the first-generation CAESAR © is indeed based on a Sherpa Medium chassis designed and produced by Arquus.

During its operational career in the French Army, the CAESAR © has proven its high mobility and ruggedness, including in the most demanding theaters of operations and environments. Within Task Force Wagram in Iraq in particular, the CAESAR © has proven the relevance of its design choices, appreciated by user units for its mobility and robustness, as well as by maintainers for its ease of maintenance.

Designed and produced entirely in France, the CAESAR © MK II carrier will benefit from a 460- horsepower engine, compared to 215 on the current vehicle. This upgrade will provide the CAESAR © MK II with greater tactical mobility, further increasing its ability to move in difficult terrain, particularly to protect itself from the adversary’s retaliatory actions. The carrier’s capabilities have also been enhanced by an increase in payload, allowing it to carry more ammunition and provide greater protection.

Thanks to its light weight and design choices, particularly the wheel, the CAESAR © MK II will offer a very low cost of ownership, as well as unfailing mobility. Its compact size, made possible by its 6×6 silhouette, will enable it to be flown on board A400M aircraft with minimal preparation.

The CAESAR © MK II carrier will be produced at the Limoges site, Arquus’ Center of Excellence for New Vehicle Production.

With its latest generation chassis, the CAESAR © MK II 6×6 carrier prefigures the tactical mobility of tomorrow.