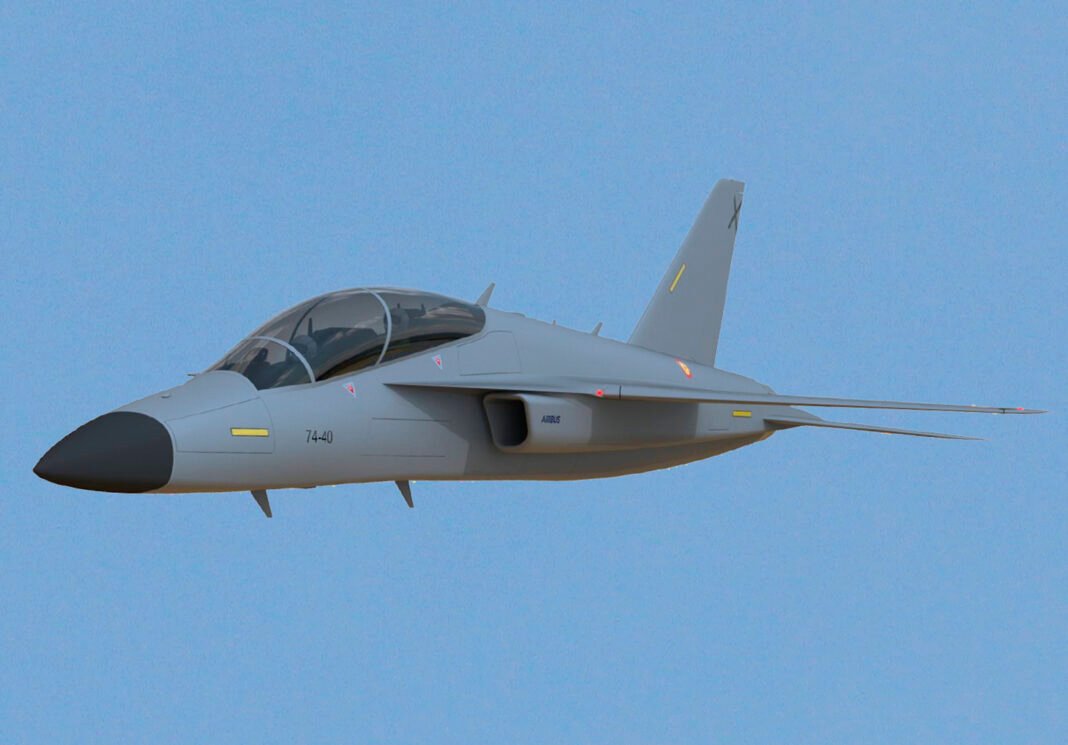 The Spanish division of European aircraft manufacturer Airbus has released its vision of future light combat aircraft on 16 October.

On Friday, the Spanish division of Airbus has released its proposal for a new advanced trainer, the AFJT (Airbus Future Jet Trainer).

The first thing they highlighted is that “The AFJT is a program designed by and for Spain, which is positioned as the operational, industrial and technological development solution that would allow the country to continue with its position as a leading player in the aerospace and defense sector. ”.

The concept of the new aircraft is a single-engine transonic performance jet trainer.

The division press release said that the new platfrom could be a base for developet of new jet trainer that could support pilots going on to fly the European Future Combat Air System (FCAS). Also on the basis of the new plane, it is possible to create a light fighter and a new generation attack unmanned aircraft.

The trainer variant, with a stepped two-seat cockpit, is offered with and without the internal gun and multi-mode radar. In-flight weapon system simulators can be installed with a library of synthetic targets and threats.

It is estimated that for every 100 million euros invested in the AFJT, between 2,100 and 2,500 jobs will be created in Spain and a return for the Spanish coffers of about 36 million euros in taxes and social contributions. In addition, Spain would receive royalties for exports to other countries.

“The AFJT Program would be an important engine of the economy and a generator of highly qualified and quality jobs, contributing to the creation of stable and high-value employment with a high impact. The knowledge generated in engineering and design would also serve as a generator of new opportunities for the future of the national industry ”, Fernando Peces pointed out.