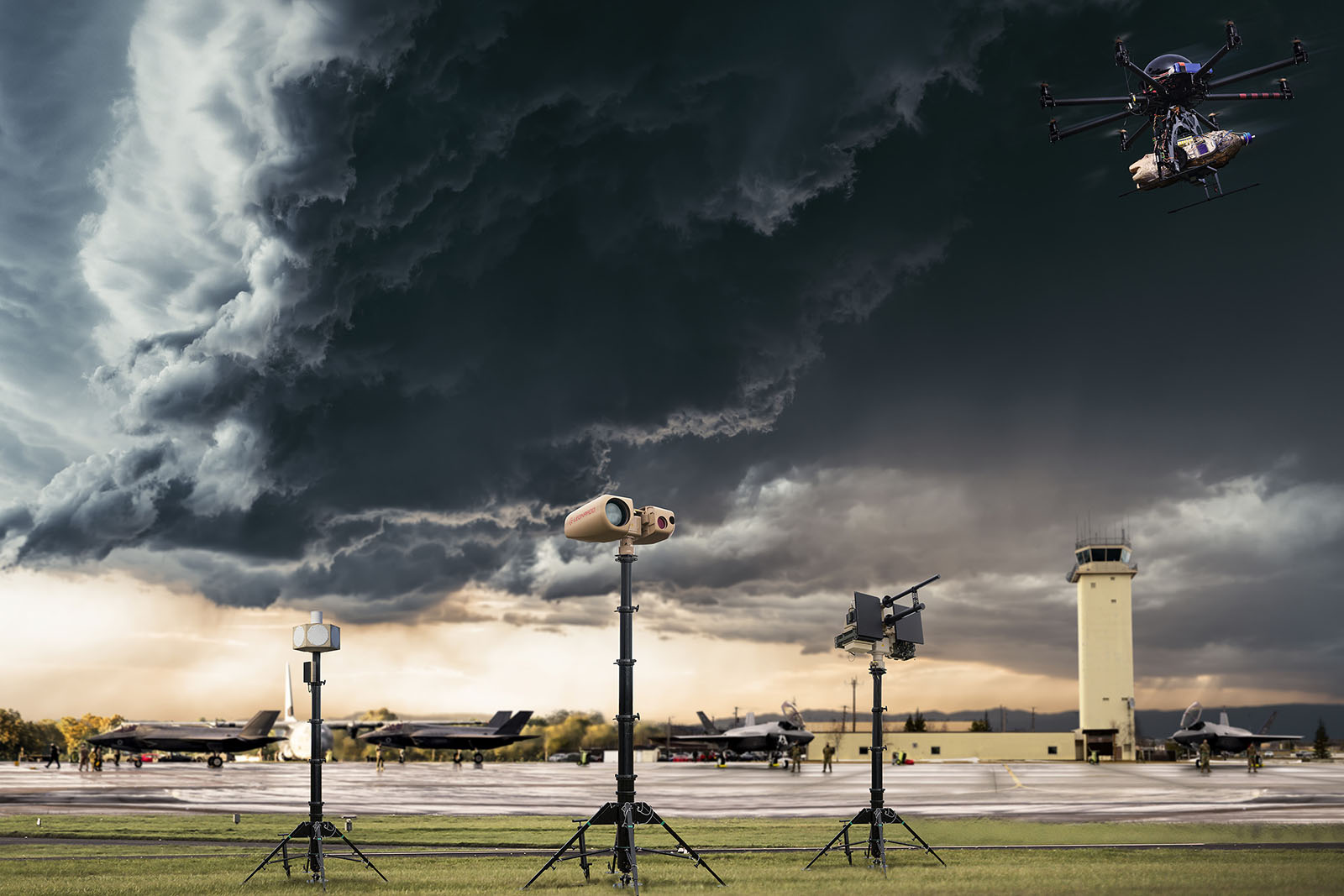 The RAF will use the Leonardo Counter-Unmanned Aerial System (C-UAS) equipment as part of its ongoing research programme to develop the ORCUS C-UAS system. This developing system also provides a national standby capability to support emergency services across the UK in crisis situations

–Due to the serious nature of the threat posed by rogue drones to the UK, the programme is considered of high importance to national security and Leonardo is continuing to deliver equipment and support during the coronavirus pandemic

–Leonardo is a leader in C-UAS technology and is on contract with UK and Italian Armed Forces. Its modular, scalable systems are readily exportable worldwide

Leonardo in the UK has delivered the first of four complete baseline counter-drone systems to the Royal Air Force in support of the next stage of its Counter-Unmanned Aerial System (C-UAS) research and development programme. The ORCUS system is now playing a key role in a wide-ranging testing and evaluation campaign which will improve the Air Force’s understanding of how it can employ technology in response to the threat posed by hostile drones.

The RAF will also maintain the ORCUS system as an upgraded national standby capability, to be rapidly deployed anywhere in the country in support of emergency services in the event of a drone-based crisis.

The threat posed by rogue drones is being taken extremely seriously by the Ministry of Defence and therefore the C-UAS study programme, managed by Defence Equipment & Support Future Capability Group, is considered highly important to the security of the nation. Leonardo is working hard to ensure that the programme continues to be delivered, despite the disruption caused by the global coronavirus pandemic.

The modular systems provided by Leonardo for the study will allow the RAF to evaluate a range of capabilities including advanced radar, electro-optic and radio frequency sensors and an electronic attack countermeasure. In due course, further systems will be integrated for testing and evaluation. Throughout, RAF Force Protection operators will be examining the most effective ways to detect, track, identify and defeat rogue drones. In the long-run, the research and development programme will inform the requirements for a core RAF counter-drone capability, intended to protect air bases around the UK.

Elements of Leonardo’s C-UAS equipment were previously operated by the RAF Force Protection Force in 2018 and 2019, following drone sightings at Gatwick and Heathrow airports, allowing airport operations to resume.

Leonardo offers its scalable and modular C-UAS systems to military and civil customers internationally. The Company has been contracted for C-UAS equipment for the Italian Army and Air Force and is in discussions with other potential customers worldwide.