Gallatin (TN), April 15, 2016 – Beretta Holding has today inaugurated its new production site in the United States, a country that is by far the first of the group’s market by size (more than 50% of sales) and strategic importance.

This new facility will house the entire R&D and manufacturing division of Beretta USA which, while keeping its historical headquarters in Maryland, will now count on a state-of-the-art production plant that will allow for a significant increase in production capacity. This modern plant is based on the highest standard of the “lean production” and features cutting edge industrial and information technologies, which will allow to greatly increase the efficiency of the production processes.

The search for the right location for the new plant has been a long and challenging process, which has seen both the managers of Beretta USA and the Gussalli Beretta family in person evaluating many available options within the United States.

In the end the choice has been the State of Tennessee and the city of Gallatin, also thanks to the strong and valuable support provided by all administrative and political authorities – with the decisive contribution of Governor Bill Haslam – who have facilitated the significant new investment made by the group, in the order of tens of millions of Euros, that will translate into a major positive contribution to the development of the local community.

The plant has been completed in the course of 2015 and the production of several product families of the famous Beretta brand has already begun as of a few weeks ago.

We foresee that at full operational speed, which will be reached in the next two to three years, the plant will employ more than 300 personnel engaged in the production of firearms for sporting, hunting and personal defense, to complete the range of products manufactured in Italy.

The Beretta group has been present in the US since the 1970s, making there more than 50% of its overall sales, and plans for a continuous growth of all its subsidiaries in the country: Beretta USA, Benelli USA, Stoeger Industries, Burris, Steiner eOptics, to which were added STS and Diffraction, two companies acquired at the beginning of 2016 to strengthen the Group’s offerings in the electro-optics sector.

The new plant will be added to the list of Beretta Holding’s other facilities in the US, which are present in the States of Maryland, Virginia, Colorado, California, Ohio and Vermont, as well as the cities of New York, Dallas and Memphis where the flagship “Beretta Galleries” stores are located.

Pietro Gussalli Beretta, President and CEO of Beretta Holding said: “With the new plant in Tennessee our group achieves another very important step for growth and competitive strengthening in the most advanced and sophisticated market in the world. We will continue also in the coming years to develop in this country to which we are profoundly linked and of which we have always appreciated the far-sighted action of the government in ensuring the localization of the most advanced technological companies through economic stimuli and quick administrative authorizations. Our development plan provides for future investments in the US in our traditional sectors as well as in the highly specialized electro-optics sector”. Previous MBDA’s SEA CEPTOR SURGES AHEAD WITH CONTRACT FOR THE UK ROYAL NAVY’S TYPE 26 FRIGATES
Next C&S Propeller Completes Installation of Its Relocated Propeller MRO Facility In Fort Worth, Texas 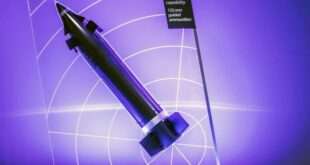