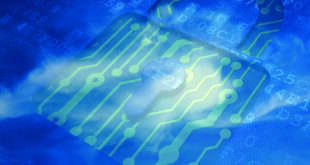 Mr. Henk Jan Spanjaard, vice president of EMEA Sales at A10 Networks, says, “The Middle East has great business potential for A10 Networks as organizations upgrade and modernize their existing data centres, security and network infrastructure. The distributor agreement with Ingram Micro gives A10 extensive geographical coverage and is a sign of our commitment to the region, which is an important and growing market that has demonstrated high demand for A10 solutions. We continue to make investments in the area and recently added headcount in the Saudi region. Our proven mix of technology, knowledge, experienced workforce and quality partnerships will help us meet customers’ needs for solutions that are secure, responsive, and available.”

Mr. Ali Baghdadi, SVP & Chief Executive – Ingram Micro – Middle East, Turkey and Africa region says, “A10 Networks has pioneered a new generation of application networking technologies. The company’s solutions deliver a range of security features that decrypt, authenticate and inspect application flows, and then detect and mitigate the growing array of sophisticated cyber security attacks that threaten availability of the largest websites and networks around the world. Reports of the dramatic rise in cyber crime in the Middle East, especially DDoS attacks, which have dominated mainstream media in the past couple of years, have made enterprises in the region aware of the importance of a secure network. Partnering with A10 Networks perfectly positions our resellers to address these concerns by offering regional organizations a host of world-class security solutions.”

DDoS attacks are growing in severity and sophistication across the region. Ingram Micro and its reseller partners will be educating enterprises and service providers about how they can avoid becoming another ‘attack statistic’ by building a robust DDoS security infrastructure with A10 Networks that is capable of mitigating the largest multi-vector attacks at the network’s edge. The A10 Thunder TPS product line is the industry’s highest performing multi-vector DDoS detection and mitigation solution per rack-unit. Thunder TPS can mitigate attacks of over 200 million packets per second (PPS), and provides various deployment modes and the RESTful aXAPI to integrate into network architecture.

By the A10 Networks Security Engineering Research Team (SERT) In the 1970s, the Amazing Kreskin …