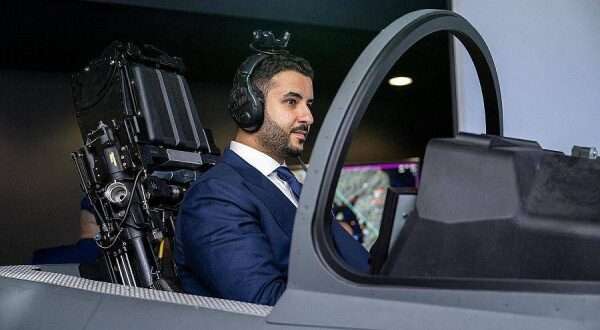 During his official visit to the UK, Saudi Arabia’s Minister of Defense, Prince Khalid bin Salman, visited the headquarters of BAE Systems in the British city of Wharton.

He was received by the Chief of Air Staff of the Royal Air Force, Air Chief Marshal Sir Mike Wigston, the British Military Attaché to Saudi Arabia, Brigadier Jimmy Piggott, and the CEO of BAE Systems, Dr. Charles Woodburn.

The Saudi minister was briefed on the capabilities of the Typhoon aircraft and its combat systems, and about the company’s future plans and strategies, including the development of air systems and ways to strengthen the existing partnership between BAE Systems and the Saudi Armed Forces.

The partnership between the two has lasted over 50 years and has seen BAE Systems transfer technology and expertise to Saudi Arabia, and cooperate with the Saudi industrial sector.

The Minister of Defense also visited the company’s aviation systems development and design site and was shown various models of Typhoon aircraft and modern aviation systems.