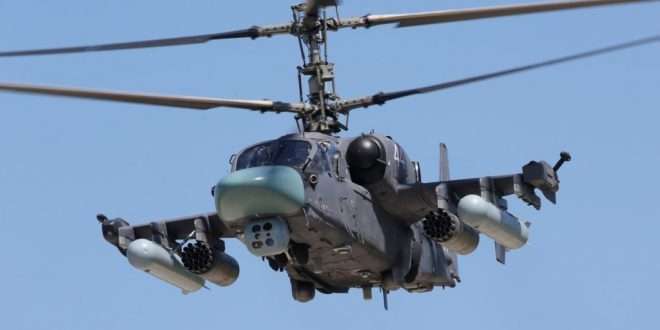 Russian Helicopters Holding Company (a part of Rostec State Corporation) at the international military and technical forum “Army-2021” has signed a contract with the Ministry of Defense of the Russian Federation to supply the first modernised attack helicopters Ka-52M. The first rotorcraft is to be delivered already in 2022.

Scheduled deliveries for the modernized helicopters to begin after state joint tests have been completed, which starts in August.

“The Ka-52 is one of the best attack helicopters in the world, but even the best aircraft needs timely modernization, which will expand its combat capabilities,” said Andrey Boginsky, Director General of Russian Helicopters Holding Company. ­– With updated version development, our designers drew on the experience of Alligator’s operation, including in real combat situations. Therefore, everything in the modernized attack helicopter is aimed at improving combat effectiveness in all weather conditions.

Under an agreement with the Russian Ministry of Defense, preparations for serial production have already begun at the AAC ”Progress” facility in the Primorye”.