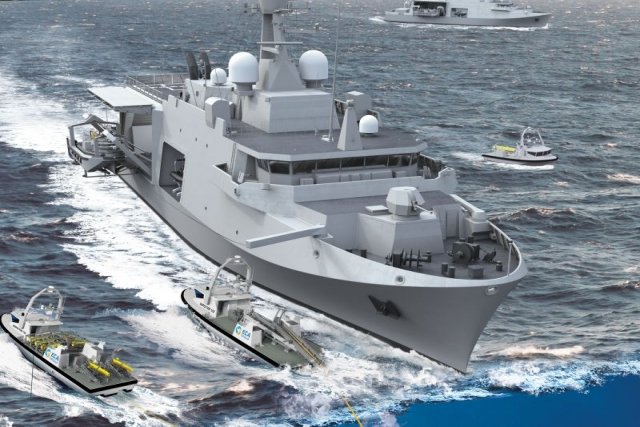 ABC and FN Herstal have been selected as strategic suppliers for the mine counter measures vessels built by Kership Shipyard for Naval Group to the benefit of the Belgian and Royal Netherlands Navies.

Based in Ghent (East Flanders), the Anglo Belgian Corporation (ABC) ill equip each of the 12 MCMV with 3 power generators per ship which represents 36 generator sets in total.

The contract for twelve MCMV for the Belgian and Royal Dutch navies has been notified in May 2019 and will span over more than ten years. After a design period of two years, Belgium Naval & Robotics (Naval Group / ECA Group consortium) will lead the production phase, which will be executed by Kership.

Six ships will be delivered to the Belgian navy and six to the Royal Dutch navy with a first delivery scheduled for September 2024. They will be equipped with a complete drone module containing a total of more than eighty underwater, surface and aerial drones entirely dedicated to mine hunting.

Last May, BNR successfully passed the “systems functional review” and now the consortium is preparing the “Preliminary Design Review” for the end of 2021.