The first Airbus A400M new generation airlifter ordered by the Spanish Air Force has made its maiden flight, marking a key milestone towards its delivery. The aircraft, known as MSN44, took off from Seville, Spain where the A400M Final Assembly Line is located at 15:25 local time (GMT+1) on 5 September and landed back on site 3 hours and 45 minutes later.

Test-Pilot Nacho Lombo, who captained the flight, said after landing: “As always, the aircraft was a pleasure to fly. I am confident that its unique combination of strategic and tactical capabilities will have a transformational effect on the Spanish Air Force’s air mobility operations as it has done in other countries already.” The aircraft is scheduled to be delivered in the coming weeks. Photos show MSN44 taking off and during its maiden flight. 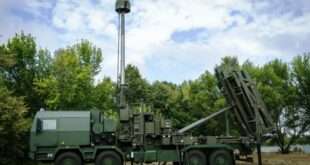 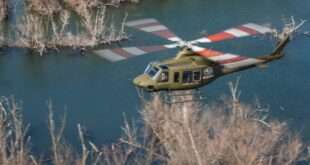