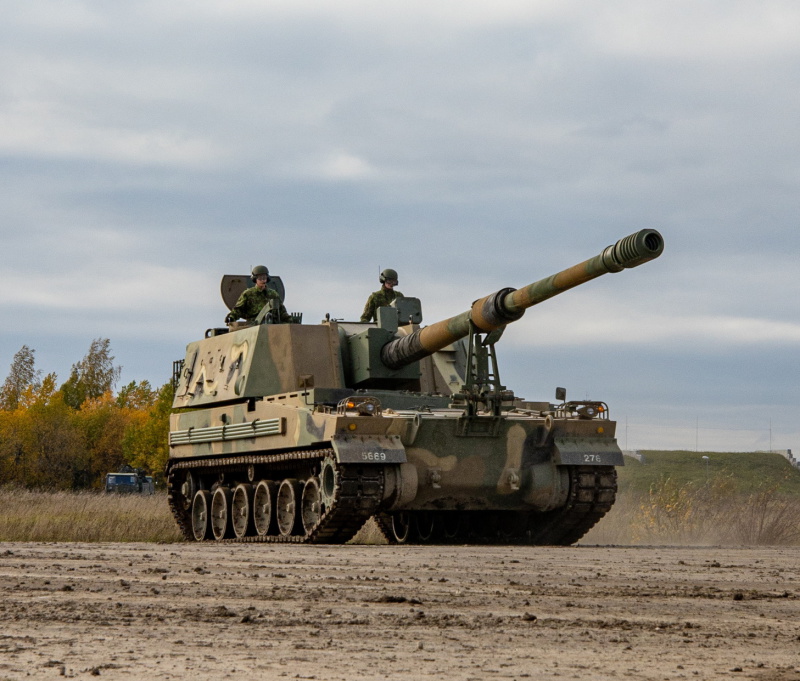 The Estonian Defense Forces have taken delivery of the first two of 18 K9 Kou 155mm self-propelled howitzers that it bought second-hand from South Korea. Deliveries are due to be completed in three years. (Estonian DF photo)

According to Minister of Defense Jüri Luig, the acquisition of K9 Kõu self-propelled howitzers is a good example of how complex it is to develop a new capability, and what it implies. “The process, which began two years ago, has now gone so far that we can begin to technically modify the guns to fully meet our needs. This is one of the most important defense procurements of the Defense Forces in recent years, the aim of which is to strengthen, above all, our indirect fire capabilities,” said Luik.

“Estonia, in cooperation with Finland, has already procured major weapon systems and equipment, such as air surveillance radars. Now, we have procured the first K9 self-propelled howitzers from South Korea, which will replace the 155mm artillery of the 1st Infantry Brigade Artillery Battalion,” said Lieutenant Colonel Kaarel Mäesalu, Commander of the Mobile Artillery Procurement Project. (The K9s are being procured second-hand from the South Korean Army—Ed.)

“K9 is a weapon system that is well suited to Estonian conditions and modern, which was already introduced by South Korea in 1999. This weapon system also fits well into the Estonian climate, because South Korea, like Estonia, has four seasons and large temperature differences,” added Lieutenant Colonel Mäesalu.

The self-propelled howitzers that have already arrived in Estonia, and those that will arrive from South Korea in the next three years, have been maintained and are ready for use, but upon arrival in Estonia they will first be modified and repainted. They will then reach the 1st Infantry Brigade Artillery Battalion, which is being transformed into a self-propelled unit.

In total, Estonia is purchasing 18 self-propelled howitzers at a total cost of 83 million euros, which also includes training for instructors and maintenance staff, special tools and spare parts.

“We will start the reconstruction of the cannons in February next year, when we have found a contract partner for the current procurement. The K9 Kõu self-propelled howitzers are part of the entire capability. In addition, we will also procure recovery tanks and armored mobile control vehicles in the coming years,” said Ivar Janson, the head of the armor technology department of the State Defense Investment Center.

The K9 Kõu self-propelled howitzers has high throughput, tracks, good armor protection and high fire power. Its life-span is 45 years, which means that Estonian artillery can use these weapon systems for at least another 30 years.

Because the guns are armored and self-propelled, this increases the protection of the artillery crew and allows for faster maneuvering, which in turn increases immunity and firepower. The weapon system is simple and reliable, suitable for use by both conscripts and reservists.

In addition to Estonia, K9 self-propelled howitzers are in use in South Korea, Turkey, India, Finland, Norway and Australia. Poland has fitted a 155mm KRAB weapon system on the K9 chassis. 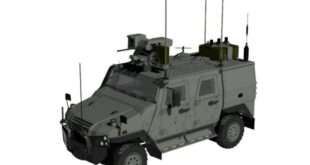