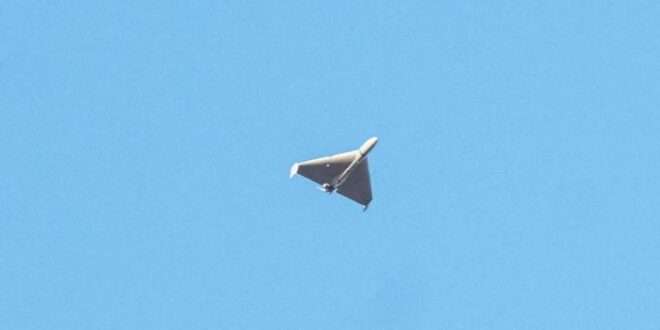 Ali Al-Hashem, Researcher and Specialist in Aviation, and Defense Systems

Combat and suicide drones have become a major threat to the world’s armed forces. The conflict between Ukraine and Russia has highlighted the devastation that can be caused by these buzzing aircraft, also known as drones. Drones have a long history, dating back to the use of the “V-1” flying bomb by Germany during Hitler’s Nazi rule. These bombs were launched on Britain, particularly London, and caused chaos and fear among the British military despite their limited accuracy and destructive power.

In the 1970s, an Iraqi Jew named Ibrahim Karim (also known as Ibrahim Karem) designed a drone for field reconnaissance purposes while living in Israel. This design caught the attention of military aerospace industries in the United States, and was used as the basis for the “Predator,” the first unmanned aerial vehicle capable of conducting limited combat operations. Prior to this, cruise missiles were the primary option for unmanned warfare, but they were costly and expensive. The development of drones marked a significant advancement in the field of unmanned combat vehicles.

The development of drones has continued to advance in the 21st century, with the concept of “suicide squadrons of unmanned aerial vehicles” gaining significant attention in military and industrial circles. Many countries with the capability to build small aircraft have begun producing low-cost combat and suicide drones, leading to the emergence of new players in this field. These drones offer an alternative to expensive cruise missiles and can be produced at a lower cost by countries with the necessary industrial capacity.

The Aerospace Industries of the Revolutionary Guards in Iran is a notable example of a major player in the drone industry, which has become profitable in recent years. During the ongoing conflict between Russia and Ukraine, Iran supplied Russia with suicide “Shahid-136” drones that disrupted Ukrainian air defense systems and left them temporarily incapacitated. Despite efforts to find a solution to counter these drones, they have proven to be a formidable threat.

The potential threat posed by suicide drones has caused alarm among many countries. If large numbers of drones like the “Shahid-136” were launched unexpectedly against a particular country, some of which may be carrying biological weapons, the consequences could be catastrophic. The ability to detect these drones is limited, with estimates suggesting that detection rates may not exceed 40% in the best circumstances. This has led to concerns about the potential impact of a surprise drone attack.

Effective countermeasures against suicide drones must include jamming systems and those that use microwave waves or laser beams.

However, these systems are still being developed and modernized, and they can be expensive and difficult to deploy. Additionally, laser weapons can be affected by weather conditions, and drones can be reinforced with insulation to protect against microwave waves. As a result, finding a reliable solution to defend against suicide drones remains a challenge.

So, what is the solution?

One potential solution to the threat of suicide drones is the use of small drones with high explosive charges that can intercept and detonate them. These drones are easier to manufacture and are less costly than other countermeasures, making them more practical and effective for protecting against drone attacks.