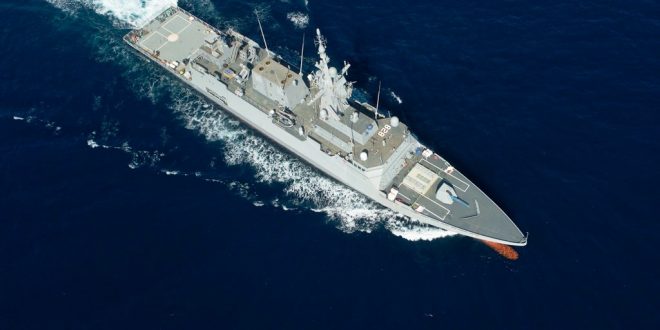 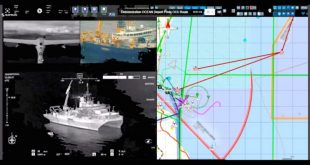 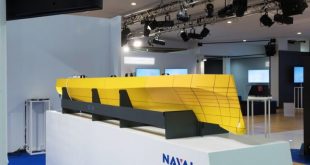 The ship NB 546 AL-JUBAIL, the first of five corvettes that Navantia builds for the Royal Saudi Naval Forces (RSNF), has begun its sea trials in the waters of the Bay of Cádiz in order to check the correct operation of all its systems.

Sea trials are carried out before delivery to the client in order to check the operation of both the platform and the different systems and test their compliance with the requirements specified in the contract with the client.

The trials last a total of two months, divided into two different periods. The current trial period will last about two weeks. Some 140 people participate in them, among them some 40 engineers from different specialties.

The trials are staffed by Navantia, partner Industries, Lloyds Register of Shipping and major equipment supplier companies. Likewise, the RSNF and members of the Spanish Navy participate on behalf of the client.

Once this period is over, AL-JUBAIL will have its combat system installed, prior to delivery of the ship. Launched in July 2020, delivery to the end customer is expected to occur within five months.

Al Jubail is the first of five corvettes being built by Navantia in the Avante 2200 program. It has a length of 104 meters, a beam of 14 and she will be able to transport a total of 102 people including crew and passengers.

Specifically, it means a global workload of around seven million hours, that is, 6,000 jobs during five years. Of these, more than 1,100 will be Navantia employees; more than 1,800, employees it the collaborators enterprises of Navantia and more than 3,000, indirect employees generated by other suppliers. There will be more than 100 companies that will collaborate in this project.

On the other hand, the contract also includes the supply of several services such as, Integrated Logistic Support, Operational and Maintenance Training, Supply of Training and Education Centers for the Combat System and Platform Control System of the ships, the Life Cycle Support previously mentioned, and the systems for the maintenance of the ships in the Jeddah Naval Base. The training of the crews is already taking place in the recently inaugurated Navantia Training Centre (NTC). 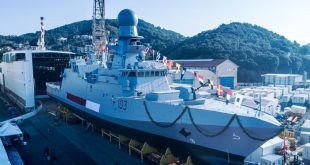 The technical launch of “Al Khor”, the third of the Al Zubarah class corvette ordered …