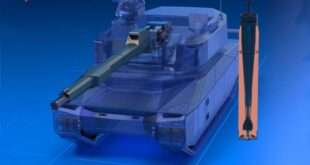 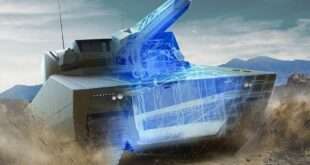 Rheinmetall and Krauss-Maffei Wegmann will soon be supplying the Lithuanian armed forces with 88 Boxer multirole armoured fighting vehicles. Worth a total of around €390 million, this important export order is set to run from 2017 to 2021. Along with Germany and the Netherlands, this will make Lithuania the third NATO nation to field the battle-tested, superbly protected, high-mobility combat vehicle.

The order was placed on 22 August 2016 in Vilnius via OCCAR, the Organization for Joint Armament Cooperation, which in turn contracted with ARTEC GmbH – a joint venture of Rheinmetall and KMW – to supply the Boxers. These will be configured as infantry fighting vehicles armed with a turret-mounted 30mm automatic cannon.

Thanks to its advanced composite armour, the Boxer is one of the world’s best-protected 8×8 protected vehicles. Moreover, it assures high mobility both on and off road, even in the toughest terrain. Powered by a 530 kW (720 HP) turbo-charged diesel engine, the Boxer has a top speed of over 100 km/h with a combat weight of 36.5 tonnes. The vehicle’s modular concept – consisting of driver cab and mission modules – results in outstanding flexibility and versatility.

The Bundeswehr already has 405 of these vehicles in its inventory, while the Dutch armed forces own a further 200. Operational experience gained in Afghanistan confirms the Boxer’s significant contribution to military sustainment and mobility. Among other factors, positive tactical outcomes and the compelling results of Lithuanian field trials strongly influenced the Baltic nation’s decision to choose the Boxer. The Lithuanian military will call the vehicle the Vilkas, which means ‘wolf’. 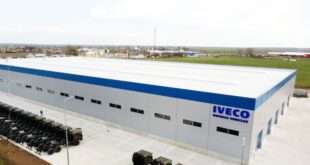 After the groundbreaking ceremony held in August 2020 in Petresti (DB), Romania, the new production …