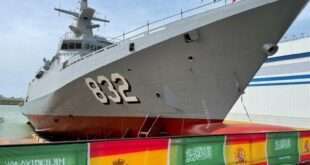 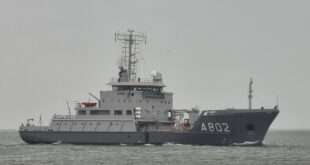 Manama, 23 January 2017 – Yesterday, during a ceremony in Mina Salman at Royal Bahrain Navy Head Quarter, Leonardo is delivering the first of six upgraded Al Manama naval vessels ahead of schedule, following a deal signed in 2015 with the Royal Bahrain Naval Force. The upgrade includes a new weapon control system, training services and logistics.

This is just one of the latest in a string of successes for Leonardo in Bahrain, where the company has also supplied advanced air traffic control radar systems, which are enhancing the safety and efficiency of the country’s national airspace management.

Bahrain, as well as other countries in the Gulf region, can be further supported by Leonardo’s expertise in the naval field, where the company has a track-record in the upgrade of corvettes, offshore patrol vessels and frigates, and in the land sector, where the company offers fully integrated solutions, warfare systems and cost-effective overhaul programmes. 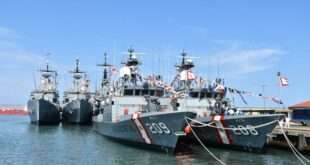 SENTINEL 2.0 and SENTINEL 30 systems from the Spanish company ESCRIBANO M&E have successfully passed …