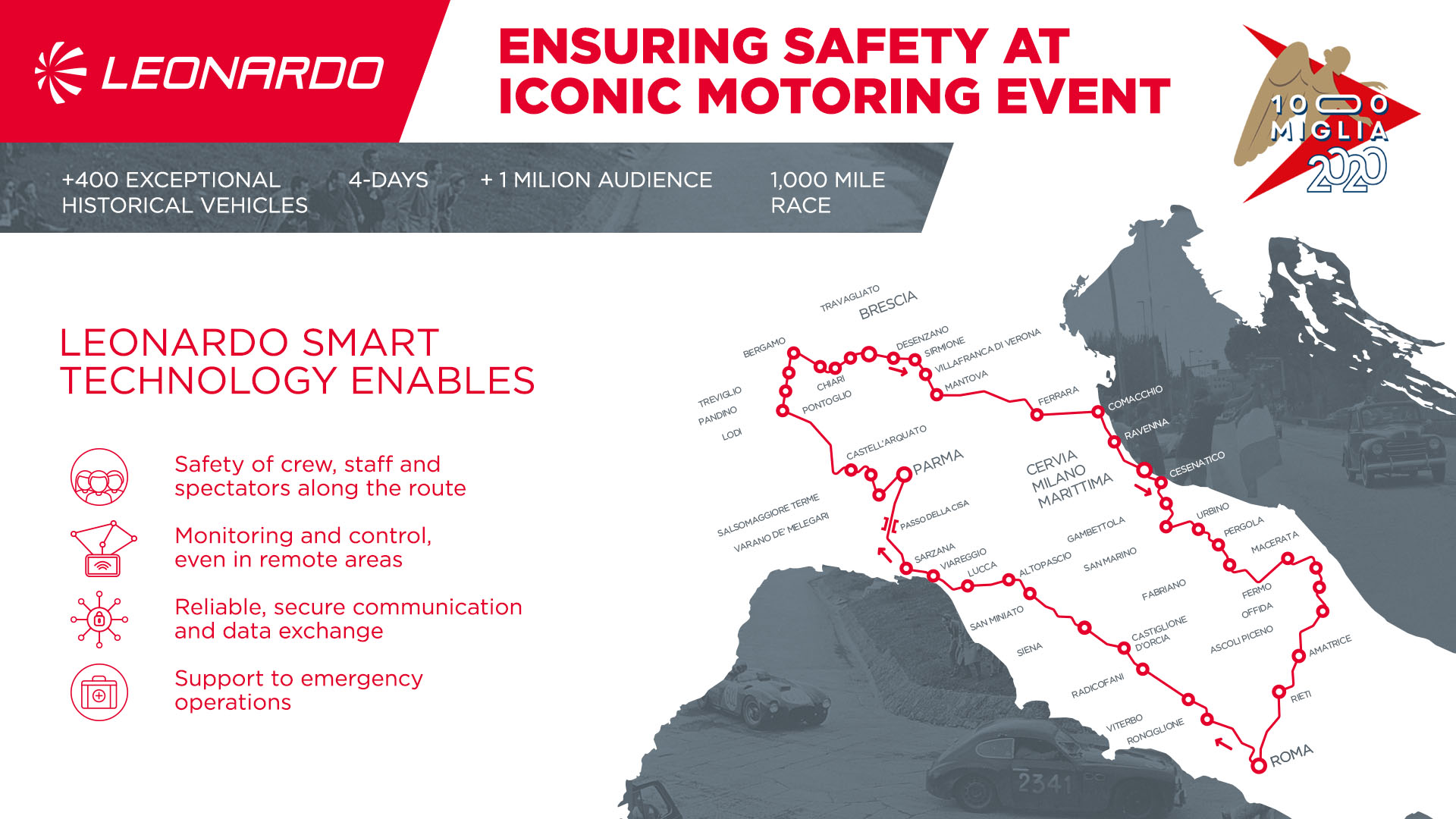 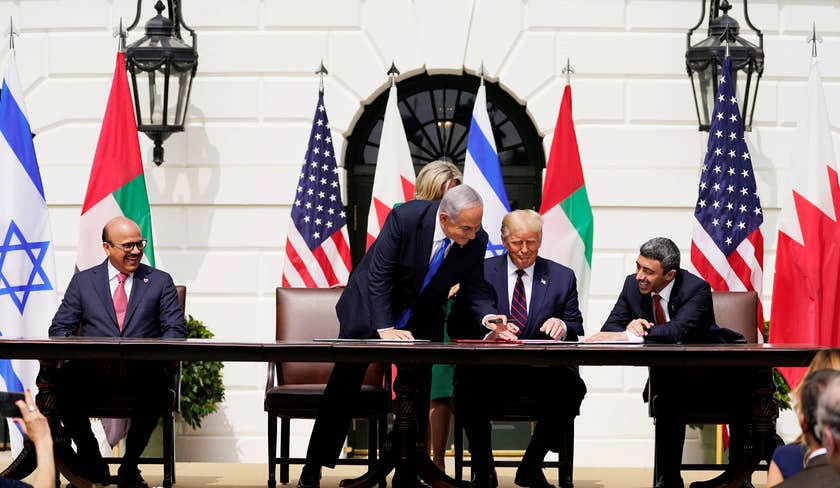 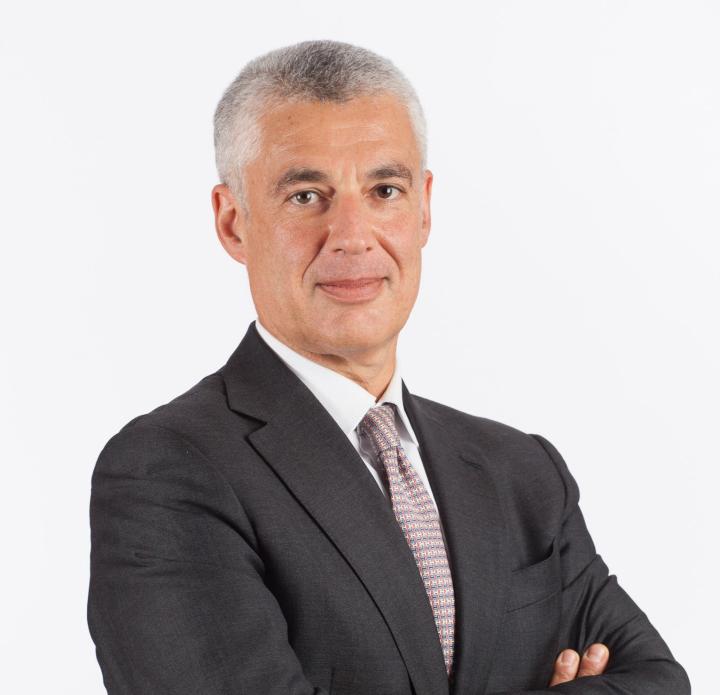 Leonardo will be the security partner of the 1000 Miglia (Mille Miglia) race, a re-enactment of the historic Italian long-distance motorsport competition originally held from 1927 to 1957. The race, now in its 38th year, will see 400 crews compete between the 22nd and 25th October on the traditional route which winds from Brescia to Rome and back.

Leonardo, a world leader in security, defense and aerospace, will support the 1000 Miglia along the entire route, putting its skills, technologies and mobile mission critical communications technologies to work in order to deliver the effective, coordinated and timely management of field personnel and vehicles. Throughout, the main goal will be to make the whole experience safer for participants, the public and local communities.

Part of the partnership will see Leonardo providing an integrated mobile security system, with immediate response capabilities on hand for emergency situations. The solution, installed on-board a special vehicle, is equipped with a complete operational control room which integrates advanced technologies. These include a multi-technology mission-critical radio system for secure and reliable voice and data communications and video surveillance. Meanwhile, the company’s MCPTT (Mission Critical Push To Talk) application for Android mobile devices will ensure interoperability between operators monitoring the strategic points along the race route by converting android devices into Professional Mobile Radios (PMR).

As experts in protecting critical infrastructure, Leonardo has provided high-tech security for a number of major events including the 2006 Turin Winter Olympics, the 2014 Sochi Winter Olympics, EXPO 2015 and the 2014 and 2018 Commonwealth Games. Next year the company will contribute to the safe conduct of the World Ski Championships.

To support the national defense strategy, BAE Systems continues to focus on delivering the most …