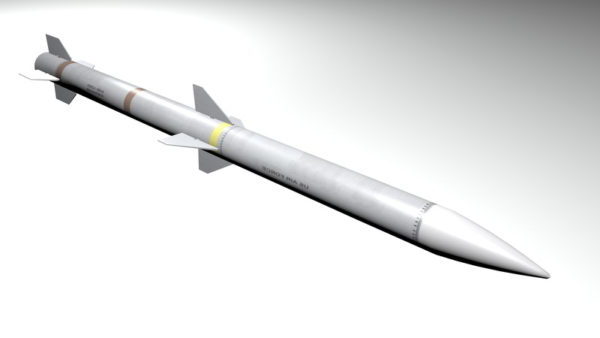 US approves sale of AIM-120C-8 AMRAAM missiles to Japan

WASHINGTON — The State Department has made a determination approving a possible Foreign Military Sale to the Government of Japan of thirty-two (32) AIM-120C-8 Advanced Medium Range Air-to-Air Missiles (AMRAAM) with support for an estimated cost of $63 million. The Defense Security Cooperation Agency delivered the required certification notifying Congress of this possible sale today.

The Government of Japan has requested to buy thirty-two (32) AIM-120C-8 AMRAAM and one (1) AIM-120C-8 AMRAAM guidance section spare. Also included are containers, support and support equipment, spare and repair parts, U.S. Government and contractor engineering, technical and logistical support services, and other related elements of logistical and program support. The estimated total cost is $63 million.

This proposed sale will support the foreign policy goals and national security objectives of the United States by improving the security of a major ally that is a force for political stability and economic progress in the Asia-Pacific region. It is vital to U.S. national interest to assist Japan in developing and maintaining a strong and effective self-defense capability.

The proposed sale of missiles will provide Japan a critical air defense capability to assist in defending the Japanese homeland and U.S. personnel stationed there. Japan already has AMRAAM in its inventory and will have no difficulty absorbing the additional missiles into its armed forces.

The prime contractor will be Raytheon Missile Systems of Tucson, AZ. There are no known offset arrangements proposed in connection with this potential sale.

Implementation of this sale will not require the assignment of U.S. Government or contractor representatives in Japan.

This notice of a potential sale is required by law and does not mean the sale has been concluded.