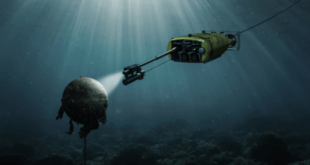 Indra will equip the second series of K130 corvette class ships of the German Navywith its latest generation Rigel electronic defense system, enhancing thecapacity of these vessels even in the most complex environments.

I tis a key technology that allows the ship to track the electromagnetic space anddetect active radar emissions in its environment.

It also allows multiple active threats to be countered simultaneously by means ofdisturbance and deception techniques.

Indra has incorporated broadband digital reception technology into its system toguarantee the maximum sensitivity and detection range possible, which providesa remarkable superiority to the ship.

All these capabilities have been tested with excellent results in the mostdifficult and complex real electromagnetic scenarios. The system offers optimalresponse time and precision in this type of environment.

The solution meets the demands of the NATO countries, which require the highestlevels of performance.

Experience with the German Navy

Indra has already implemented its RESM/RECM systems in the first series of K130 corvettes that is currently in service with the German Navy.

Therefore, it is a technology that the customer has tested and that responds to the needs of one of the most technologically demanding armies.

Indra works with the world’s leading shipyards, including Navantia, the Italian Fincantieri, the German tkMS, the Korean DSME and HHI and the Dutch Damen.

In the field of electronic defense, it maintains a strong global leadership afterhaving developed systems that protect different types of air, naval and landplatforms. Over a hundred navy ships and submarines worldwide use Indra’selectronic defense systems. 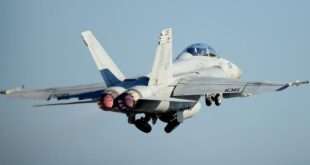