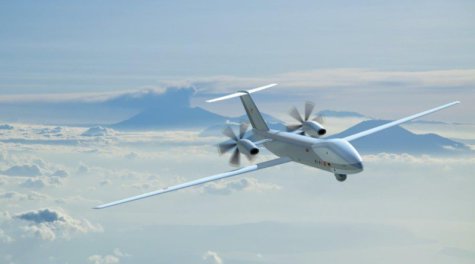 After several months of intensive negotiations between Airbus Defence and Space and OCCAR, the European Medium Altitude Long Endurance Remotely Piloted Aircraft System (MALE RPAS) Programme has taken a decisive step forward with the completion of the negotiation phase for the Stage 2 Contract.

This major breakthrough has been achieved thanks to the continued dedication and unwavering drive of everyone involved.

The four Programme Participating States (PPS) confirmed at the 7th Programme Board on 19 November 2020 that the necessary contract conditions, prices and performance have been met to allow the launch of the final PPS’s national staffing processes shortly.

Over the last four years, the MALE RPAS Programme has successfully passed a number of significant milestones. A Definition Study was launched in 2016 to define common requirements between Germany, France, Italy and Spain and was successfully concluded in 2018 with the System Preliminary Design Review (SPDR).

The subsequent two years were fully devoted to negotiating and refining the industry offer with comprehensive and long-lasting discussions to ensure that the contract would meet PPS’ expectations in terms of performance, affordability and value for money. This has been achieved with the last BAFO for the Stage 2 Contract prepared by Airbus Defence and Space GmbH and its major sub-contractors (Leonardo, Dassault Aviation, Airbus Defence and Space SAU).

It was received on 18 November 2020 and encompasses the development, the production and the initial in-service support (5 years) of 20 systems for a total contract duration lasting just over 13 years. Assuming a contract signature in early 2021, the first flight is expected in 2025 and the first delivery of serial items to PPS is targeted for 2028.

The MALE RPAS is an indispensable capability to facilitate international conflict prevention and crisis management during all phases of operation – especially in the field of Intelligence, Surveillance, Target Acquisition and Reconnaissance (ISTAR).

The development of a European MALE RPAS will ensure sovereignty in this area and will foster the European Defence Technological and Industrial Base (EDTIB).

The MALE RPAS will be designed to become one of the main pillars of any future combat air system and will offer European industries the opportunity to participate in a large Unmanned Aerial Vehicle (UAV) programme designed to integrate into civil air traffic and operate in non-segregated airspace.

Previous Collins Aerospace, Boom Supersonic Announce Strategic Collaboration
Next RUAG signs contract as part of the extension of use of the armored infantry fighting vehicles CV9030