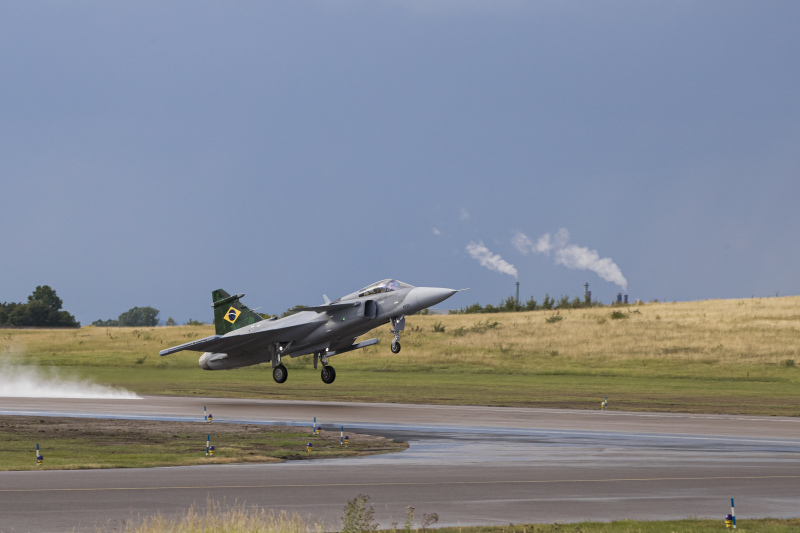 A Brazilian Air Force pilot on Thursday for the first time flew on the Gripen E fighter, currently in final development by Saab. The 50-minute flight took place over the Baltic Sea, taking off and returning to Saab’s airfield at Linköping. (Saab photo)

The aircraft took off from the airfield of Saab, the company responsible for the development of the aircraft, in Linköping and flew over the Baltic Sea for approximately 50 minutes. The activity is part of the verification of the flight and piloting qualities of the aircraft.

The pilot explains that the preparation for the flight was intense. He has been in Linköping since January and has undergone a series of training sessions that qualified him for piloting the aircraft. Among them, the study of the technical documentation of the F-39 Gripen and many hours of training in simulators.

For Major Cristiano, the flight was a great responsibility given the importance of the project to the Brazilian Air Force. “The Gripen E FAB 4100 is still a prototype, and it took a long time to prepare for that flight. But when I heard the landing authorization from the control tower, I was sure that all the effort was worth it. That’s why I decided to become a test pilot. I am grateful to the FAB for entrusting me with the mission of raising our flag in Swedish skies,” he added.

The joint activities started in 2014 with the signing of the contract for the development and production of 36 Gripen E / F aircraft for the Brazilian Air Force, including embedded systems, support and equipment.

The aircraft are developed and produced with the participation of Brazilian technicians and engineers. This integration is part of the technology transfer, and aims to provide the necessary knowledge for the continuity of activities in Brazil.

The purpose of IPEV is to provide specialized technological services in the field of flight tests, aircraft instrumentation and data telemetry to support research, development and certification of aeronautical products, as well as to train personnel specialized in flight tests. It also conducts research and development of flight test techniques and means, in addition to planning and decision support methods in flight test activities, seeking innovative and more efficient and effective solutions. 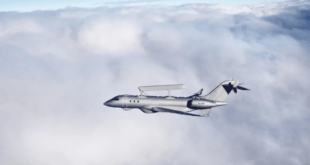