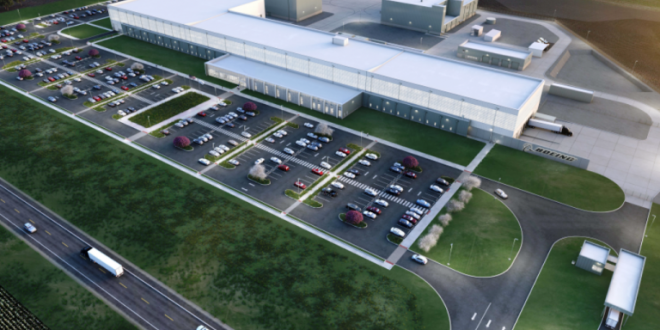 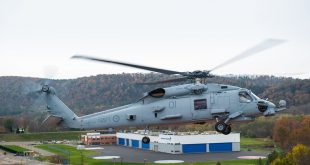 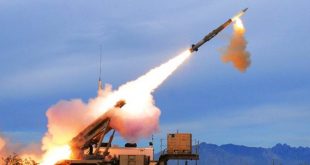 Boeing will build the Navy’s newest carrier-based aircraft at a new high-tech facility in Illinois, bringing the benefits of digital aircraft design and production to the Navy and up to 300 advanced manufacturing jobs to the greater St. Louis region.

The new 300,000 square-foot facility at MidAmerica St. Louis Airport, scheduled for completion in 2024, initially will employ approximately 150 mechanics, engineers and support staff who will build the MQ-25TM StingrayTM, the Navy’s first operational, carrier-based unmanned aircraft. Employment could reach up to 300 with additional orders.

“The world’s largest aerospace company is doubling down on Illinois because of our unparalleled assets in the transportation and logistics sector and the world-class talent of our people,” said Gov. JB Pritzker. “To prepare our communities for the future, my administration is committed to making continued investments that will modernize our airports, spark new innovation and bring jobs and economic opportunities to our communities from Chicago to St. Clair and beyond. I want to thank the Boeing Company for their vote of confidence in Illinois, as well as St. Clair County leadership and the MidAmerica Airport team for giving companies another reason to choose Illinois.”

Boeing digitally engineered the entire MQ-25 aircraft and its systems, resulting in high-fidelity models that are used to drive quality, efficiency and flexibility throughout the production and sustainment process. The new MQ-25 facility will include state-of-the-art manufacturing processes and tools, including robotic automation and advanced assembly techniques, to improve product quality and employee ergonomics.

“The team and state-of-the-art technology we’re bringing to the Navy’s MQ-25 program is unprecedented, and we’re incredibly proud to be expanding both as we build the future of autonomous systems in Illinois,” said Kristin Robertson, vice president and general manager of Autonomous Systems, Boeing Defense, Space & Security. “We’ve received great support from MidAmerica Airport and countless dedicated employees, and we’re excited to build the Navy’s first operational, carrier-based unmanned aircraft right here in the Metro East.”

For two years, Boeing and the Navy have been flight testing the Boeing-owned MQ-25 test asset from MidAmerica Airport, where in recent history-making missions T1 has refueled an F/A-18 Super Hornet, an E-2D Hawkeye and an F-35C Lightning II.

The U.S. Navy intends to procure more than 70 MQ-25 aircraft to help extend the range of the carrier air wing, and the majority of those will be built in the new facility. Boeing is currently producing the first seven MQ-25 aircraft, plus two ground test articles, at its St. Louis facilities, and they will be transported to MidAmerica for flight test. The MQ-25 program office, including its core engineering team, will remain based in St. Louis.

The new MQ-25 facility will be in addition to existing manufacturing operations at Boeing St. Clair, which produces components for the CH-47 Chinook, F/A-18 Super Hornet, F-15 and other defense products. 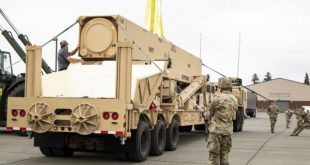 Today Lockheed Martin celebrated with the U.S. Army the delivery of critical ground equipment for …