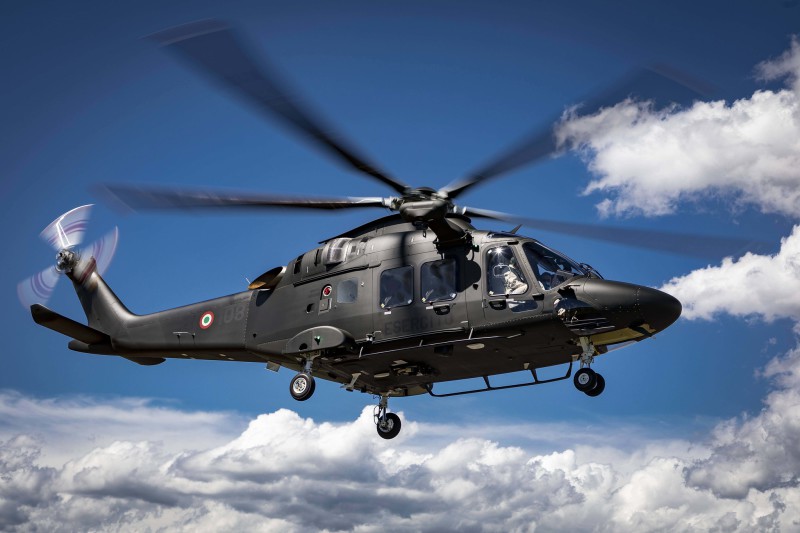 The decision has been made: the Ministry of Defense is buying 18 Leonardo AW169M helicopters. The procurement is carried out in cooperation with Italy and amounts to around 300 million euros.

Defense Minister Klaudia Tanner announced the decision on Monday: “With this helicopter, we are buying a highly efficient and modern aircraft that not only ensures the safety of our soldiers, but also the safety of the entire population. We are investing in the safety of Austria.”

The new helicopters will replace the Alouette III light liaison and transport helicopters, which have been in service since 1967 and which will have to be retired by the end of 2023 for technical reasons.

The AW169M is particularly powerful and therefore ideally suited for use in the mountains. Its avionics make it possible to fly at night or in poor weather conditions. The system includes several items of equipment that enable the helicopter to be used for a wide range of missions: for transporting people and materials as well as for extinguishing forest fires, for aerial reconnaissance and much more.

Some of the new helicopters will be used for training. This means that training can be made more efficient, and so relieving the squadrons of training tasks. If necessary, the training helicopters can also be used for operational tasks at any time.

— A helicopter of this type costs between € 8 and 15 million to purchase, depending on the equipment and additional packages.

— The AW169M is the most expensive of the three helicopters competing for the contract. For a specific comparison, not only the price but also the capabilities (performance, speed, suitability in high alpine terrain, seats, payload, avionics equipment, …) of a helicopter must be used. The helicopters of this size are in the same price segment. For example, the Norwegian police bought helicopters after the AW169 emerged as the best bidder, beating the Airbus H-145.

— Austria did not conduct a competitive tender because the Ministry of Defence (BMLV) was looking for a partner with whom a cooperation in all areas is possible in order to work cost-effectively over the entire life cycle of the aircraft. No cooperation with partner organizations can be established via a public tender, such as joint use of simulators, optimized storage, modifications in the life cycle.

— The decisive factor in the selection of the AW169 is cooperation. In Italy, the BMLV has found a partner who is willing to cooperate with the Austrian Armed Forces in all areas of the operation of military helicopters. After Italy has procured up to 100 AW169s, which also meet the Austrian requirements (40 helicopters have already been contractually fixed and some have already been delivered), this helicopter is being procured as part of an overall cooperation.

— With the Bell 429 promoted by the USA, cooperation in the areas of operation, training and logistics can be ruled out, as this helicopter is not operated by the US armed forces. Germany intends to procure around 60 light helicopters, which should arrive from October 2024. After the “Alouette” III has to be shut down at the end of 2023, there will be a capability gap of several years for the armed forces (this variant may not be used until 2025 and at least one year to achieve regular flight operations). In addition, Germany is planning to rely on its own industry for logistics, which makes cooperation difficult or impossible.

— Once contract negotiations are concluded, in approx. six months, production of the helicopters will begin. The first helicopter can therefore be expected to be delivered to Austria in mid-2022.

— Of the 18 AW169s that Austria is buying, 12 will be deployed for rescue and emergency missions in Aigen / Ennstal, while the other six will be stationed as training helicopters in Langenlebarn.

— Austria also currently operates ten OH-58 light helicopters, which will be operated until 2030 and must then be replaced.

— Austria is also buying three new Black Hawk helicopters; according to the contract, the first will be delivered in autumn 2021 and the two others in 2022. They will be stationed in Aigen / Ennstal.

— Austria is buying various mission equipment packages with which the helicopter can be equipped and armed for a wide variety of tasks. The weapon system will include automatic weapons (12.7mm machine guns or 20mm cannon), guided or unguided rockets (ideally, a laser-guided missile), a FLIR that can be used for aerial reconnaissance and precision firing, and a weapons computer integrated in the helicopter. The weapons will be designed to be installed and removed from the helicopter within a few hours. The exact specifications are still to be negotiated in detail with the partner.

— The flight hour costs currently reported in the media (Bell approx. € 800, and H-145 approx. € 1,000, AW169 approx. € 1,300) come from a civilian database (Conklin & deDecker) that is used in civil aviation and therefore relates to the respective civil versions of the helicopters.

In terms of procurement costs, the H-145M and the AW169M appear to be in a similar class. The Norwegian police procured 3 helicopters including mission equipment (FLIR) and the AW169 won against the H-145.

— The operating costs mentioned should also be assessed insofar as the AW169 has only been on the market since 2015 and the figures are subject to a greater range of fluctuation compared to the other models. The more comprehensive a cooperation with a partner can be, the more it is possible to reduce the costs per flight hour.